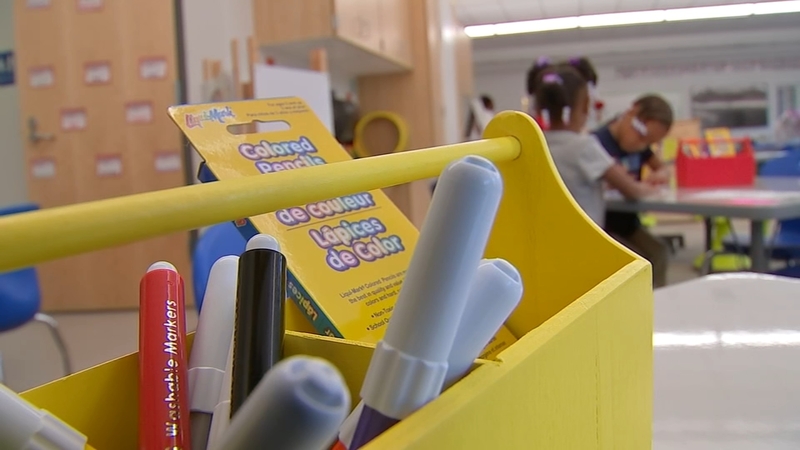 RALEIGH, N.C. (WTVD) -- Wake County NCAE'S president spent the first day of school traveling around and visiting classrooms. She was taken aback by one in particular.

"The whole rest of her team was saying, 'This should be the lounge,'" said Wake County President Kristin Beller. "There was nice, soft lighting, beautiful curtains, and beautiful furniture."

The teacher Beller visited has created a serene learning environment.

Beller said it shows how devoted some educators are to the job.

“We pay taxes that should be invested into our classrooms.” #NCAE says educators were hoping for more support, but many teachers again spent their own money to get classrooms ready for start of school year. #ABC11 pic.twitter.com/hCMS2Gspy8

Educators were hoping for more support before the start of the school year.

The NCAE said state funding for school supplies remain at recession levels, despite lawmakers' promises, and there are strong concerns that teachers will have to continue cushioning the cost.

"They shouldn't have to," said Beller. "The supplies that we use in our classrooms ... notebooks, pencils, staplers ... all of that we pay taxes (on) that should be invested into our classrooms for the supply money."

A spokesperson for Senate Leader Phil Berger, R-Rockingham, said Democrats slashed textbook funding to the bone in the last budget they wrote and Republicans have been rebuilding the fund ever since.

"The budget for the next two years, which the legislature passed and the Governor vetoed, not only increases school supply funding yet again, it also provides direct funding to individual teachers to spend on school supplies: $150 per teacher in the first year and $200 per teacher in the second year," said spokesperson Pat Ryan.

The NCAE said majority leaders should be taking money from a $900 million surplus fund and funneling that cash into schools.

"Taxpayers have paid it expecting it to go toward the common good. That's what taxes are for, and the General Assembly has not used it. That's not right," Beller said.

Raises for teachers, as well other state employees, have also been held up with because of the budget battle.