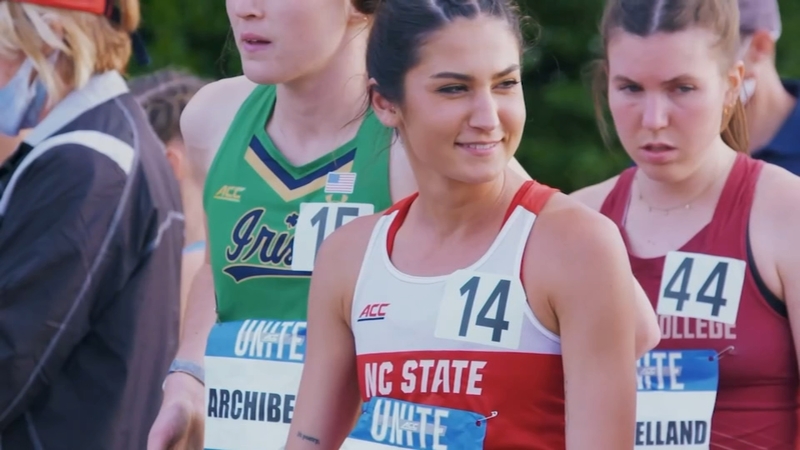 Elly will soon attempt to make the US Olympic team after one heck of a cap to her collegiate career.

After years of failed attempts to win a national championship, it all came together for Elly in the 5000 meter final.

'It doesn't feel real:' 16-year-old from Cary makes US Olympic team for summer games in Tokyo

"My mom being there and her being the person to have coached me to this point and to this level and to keep me level headed and to keep me fit and to know when and to do the right things, that's so special," Elly said.

After so many failed attempts including a fall in the 3k indoor national final while in contention, Elly finally reached the pinnacle of her sport collegiately.

It just so happens that 30 years earlier on the same track, Laurie crossed the line first in same event running for the same school -- N.C. State.

"You know it was kind of a long time coming and I feel like she'd been preparing for this for a long time so, as a coach from that standpoint, I felt like she was ready to put herself in position to win a title but you have to get those things done on that day so to see it happen and come together perfectly was really pretty cool," Laurie said.

The embrace that followed is one that won't soon be forgotten.

"It was really special. And I'm sure she felt a little bit of pressure with that, ya know, 30 years later, same stadium same situation so for her to be able to handle that and to have that kind of moment as well was just really special."

Since leaving Green Hope High School, Henes has become a 6-time ACC champion and 10-time all American in both track and cross country. She could have one more season at NC State if she wanted.

"I do think it's time to move on from the program and focus on running outside of college and hopefully on a Master's Degree in sports psychology," Elly said.

"I think I'm actually looking forward to being in a meet where I'm just watching her and cheering. Haven't been the one directing the training and all those things. But I'm definitely going to miss that," Laurie said.