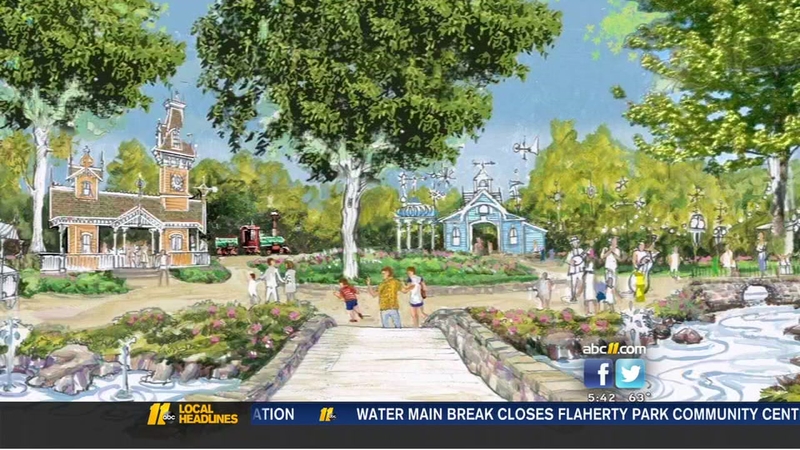 CHAPEL HILL, North Carolina (WTVD) -- The man who helped create Disneyland in California, Disney World's Epcot, and even parts of Universal Studios is planning to build a theme park just outside of Chapel Hill.

"The thing I was most passionate about was the Indiana Jones ride," Baranick said. "I worked with George Lucas and everybody on that."

His title is "Experience Designer," a job he did for Disney for nearly 20 years. Now, he's laid out his latest design, a theme park called "Whirligig Woods."

"We're not building Disney World, but we're putting that kind of effort and quality into it," Baranick explained.

"It's not Carowinds, no! Nope," he exclaimed. "The attractions are all charming little intimate things, like train rides and haunted houses and tree houses."

He described the park as a VIP experience because it's intimate, small, and nestled in the woods. It will cost about $25 for adults and less than that for children's admission.

"We need this kind of family experience. This particular market with families with young children, there's nothing available for them."

Baranick said he's still about six months away from finalizing a groundbreaking. When he does, guests will even be able to spend the night in a treehouse in the middle of Whirligig Woods.

"It's all about forgetting the cares of today and leave them outside," Baranick shared. "You enter the park, and you're in this world that's special."