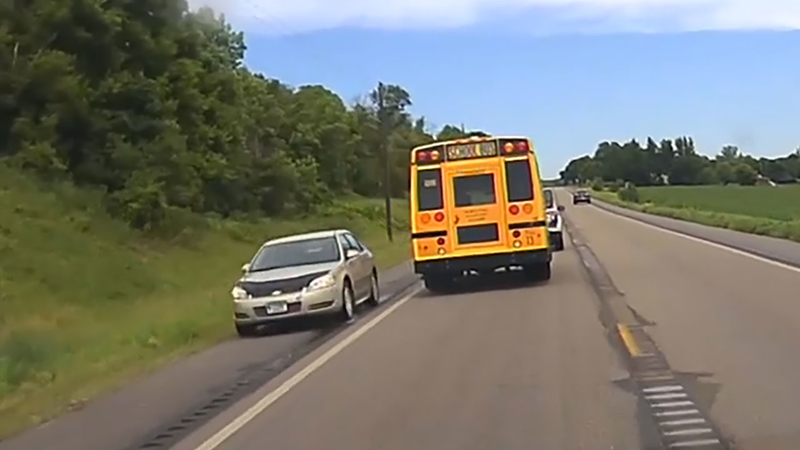 GRANITE FALLS, Minn. -- Authorities and a local firefighter in Minnesota helped stop a runaway school bus after the driver had an apparent medical emergency while driving down the highway.

There were no children on board and no one was injured Wednesday when the bus careened down the wrong side of the road on U.S. Highway 212 near Granite Falls, crashing into vehicles.

The Yellow Medicine County Sheriff's Office says it received several 911 calls about the Renville County West School bus. Authorities caught up with the bus, and Deputy Eric Diekmann drove in front of it with his lights and siren on to warn other drivers.

Diekmann used his brakes to slow the bus down, and Granite Falls firefighter Greg Meyer then jumped from his personal vehicle, opened the bus door and put it in park. The entire ordeal was caught on dashboard camera footage.

"His selfless actions made this very dangerous situation come to an end with nobody getting injured," the Yellow Medicine County Sheriff's Office wrote in a Facebook post.

The 70-year-old driver was taken to the hospital. Details about his condition were not immediately available.