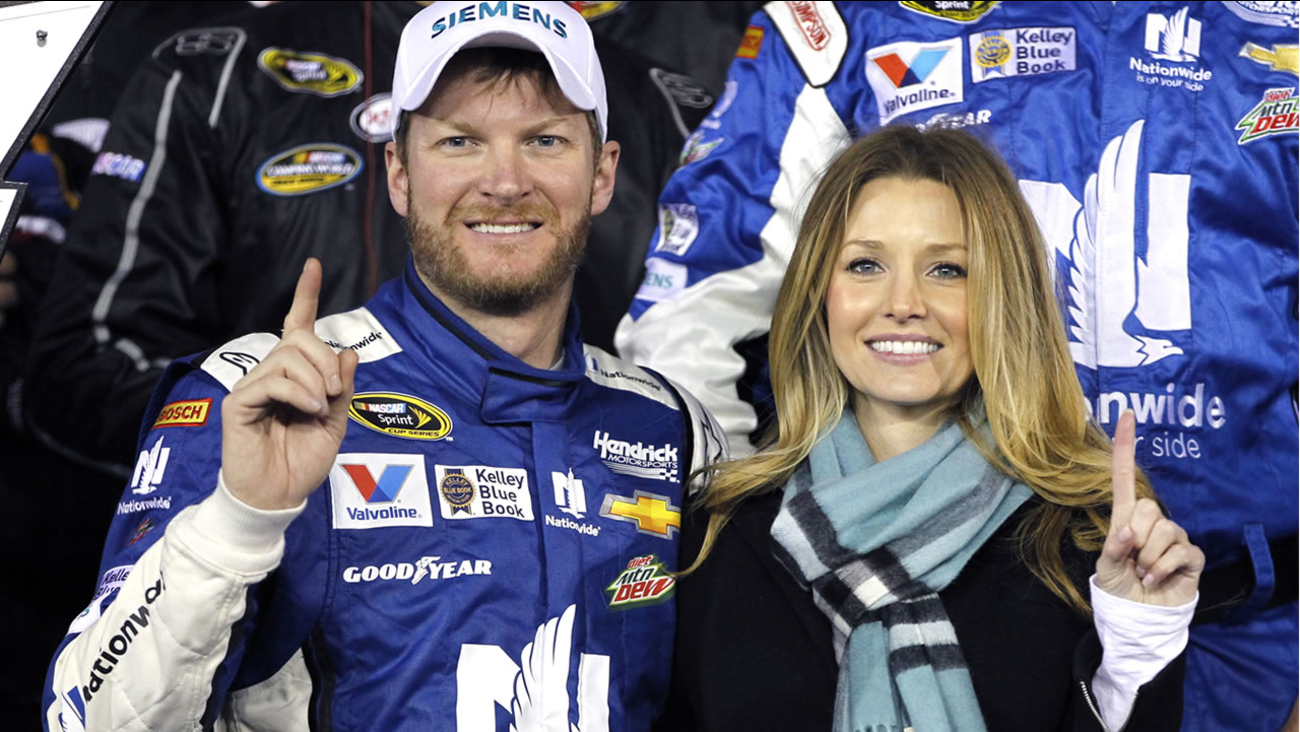 NASCAR's most popular driver is ready to say "I do."

Dale Earnhardt Jr.announced Wednesday morning that he and his longtime girlfriend, Amy Reimann, are engaged.

"Looking forward to the rest of my life with this amazing girl," Earnhardt tweeted, retweeting a photo Reimann posted of herself and Earnhardt, which showed an engagement ring on her hand, as they visited a Lutheran church that Earnhardt's family had attended seven generations and 300 years ago.

The couple, who have been dating since 2009, are in Germany researching Earnhardt's family lineage during an off week for Sprint Cup Series drivers.

The 40-year-old Earnhardt, son of seven-time Sprint Cup champion Dale Earnhardt, has won 12 consecutive NASCAR Most Popular Driver awards. As one of the sport's biggest celebrities, his personal life often is the subject of lifestyle and gossip articles, including one National Enquirer story last year that said he would have a $2 million wedding.

"I definitely would have a hard time writing that check," Earnhardt said at the time.

His sister, Kelley Earnhardt Miller, who is also on the trip, tweeted congratulations to the couple.

Earnhardt has been giving fans a thorough play-by-play of his trip to Germany, where his family emigrated from in 1744.