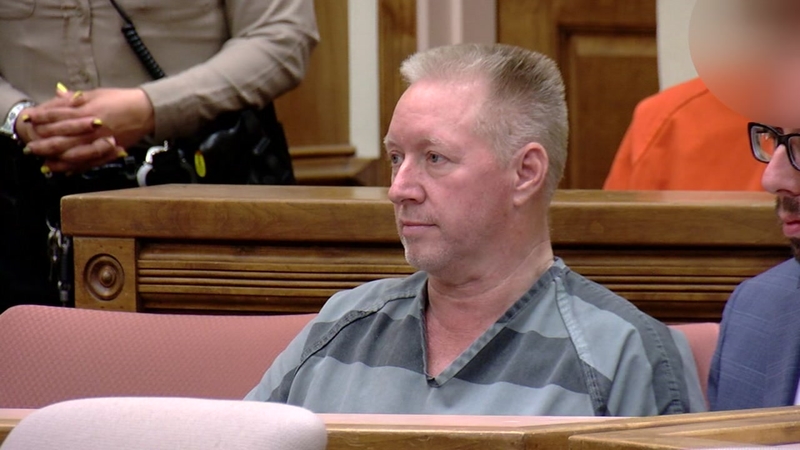 Rexford Lynn Keel waived extradition during his hearing in Arizona on Thursday. That means he'll return to North Carolina willingly for his murder trial.

"It was expected that he would (waive extradition)," said Stone. "It would prevent us from having to go get a governors warrant and delay us probably another two or three weeks."

"The defendant waived extradition, voluntarily allowing himself to be transferred back to North Carolina for future proceedings. Pima County Superior Court Judge Lee Ann Roads found that the defendant knowingly, voluntarily and intelligently gave up his right to challenge extradition and signed the waiver. Nash County, North Carolina Sheriff Keith Stone, and several of his officers were present at the hearing."

After the hearing, Stone was asked about the swift police work in Arizona to apprehend Keel and whether he believed Keel was planning to leave the country.

"The Arizona Department of Public Safety did a wonderful job in apprehending this individual before he caused any more carnage," Stone said "I have no idea what (Keel) was going to do. But anytime a perpetrator is charged with first-degree murder we don't need him on the streets."

Sheriff Stone and investigators flew from North Carolina to Arizona on Thursday to attend the hearing.

Here's a timeline of the case:

Thirty-eight-year-old Diana Alejandra Keel, of Nashville, was reported missing. A coworker at Wilson Medical Center called the police, saying the nurse hadn't been in touch with her daughter for at least two days and hadn't shown up to work for a few days either.

"She was supposed to work tonight. She's on the schedule. She's the type of coworker she's always like 30 minutes early. And if you text her she replies back like reasonably. She has not done any of them."

Family and friends immediately suspected her husband, Rexford, had something to do with her disappearance.

"Because of the controlling nature that he has, the way that whenever they got into heated arguments, the way that he would talk to her," said her friend Taryn Edwards.

"They had problems," said Diana's cousin Javier Guevara, talking via Skype from Colombia. "She wants to get divorced from him maybe a couple of years ago, maybe one or two, but he threatened her."

Diana's body is found in the woods in Edgecombe County. Warrants said she was only wearing underwear and a wedding ring.

A murder warrant is issued for Keel.

After fleeing, Keel was caught in Arizona, about 30 miles from the Mexican border. Warrants show a license plate reader led police to him.

Authorities announced they'll look into the death of his first wife, Elizabeth Bess Edwards Keel, who had blunt force trauma to her head. She reportedly fell and hit her forehead on the corner of front steps.

Meanwhile, a memorial is growing for Diana Keel, who leaves behind two children.