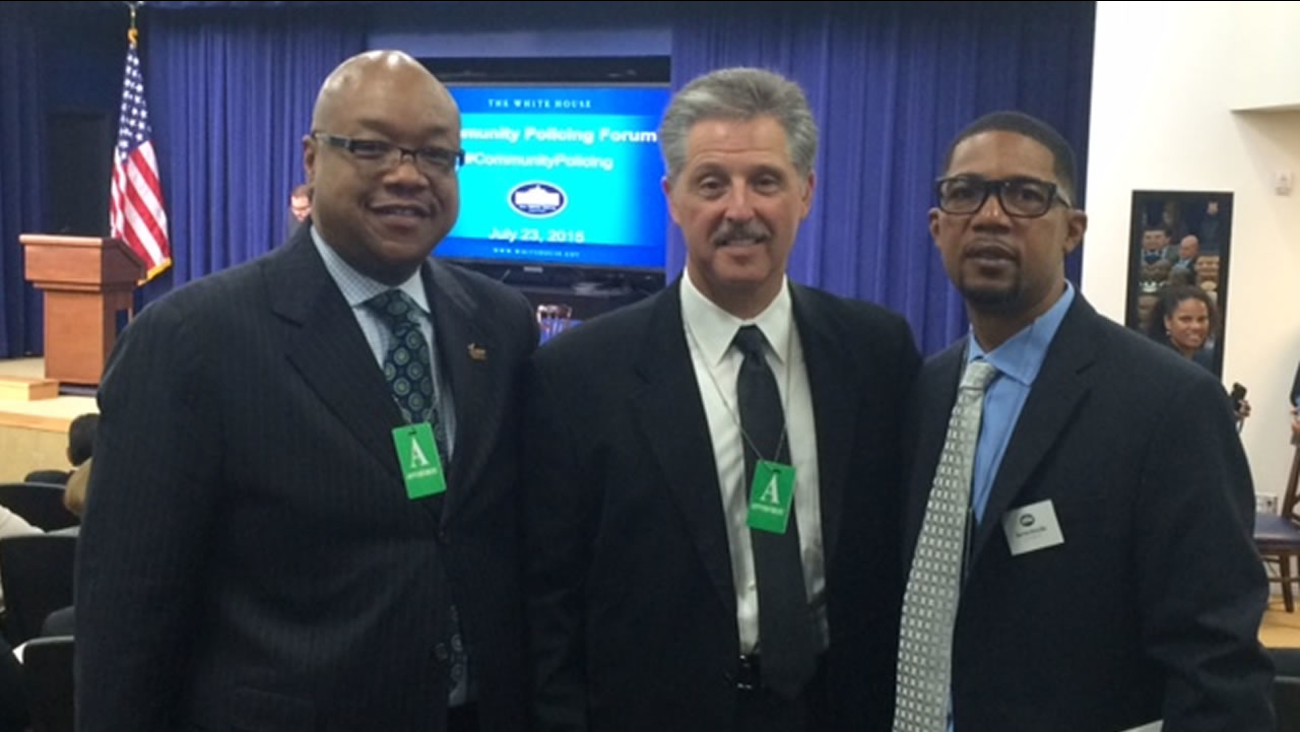 WASHINGTON, D.C. (WTVD) -- Fayetteville leaders were in Washington Thursday for a national conversation on community policing at the White House.

Police Chief Harold Medlock and Mayor Nat Robertson were among a handful of civic leaders invited to take part in the event, which is a part of the President's Task Force on 21st Century Policing.

"I am humbled that our great city and the Fayetteville Police Department have been invited to participate in the forum and the opportunity to help develop best practices that will be implemented in cities across the country", said Police Chief Harold Medlock in a release.

"As Mayor, I stand proud with our residents that our City's has been recognized by President Obama and his staff for our efforts over the past 18 months in reducing our crime rate," Robertson said in a release. "This has been a community effort lead by Chief Medlock and his team who has put a new face on community policing, along with this City Council who put new resources toward our number one strategic goal, the reduction of crime."

You can follow local leaders and the forum on social media using the hashtag #communitypolicing.