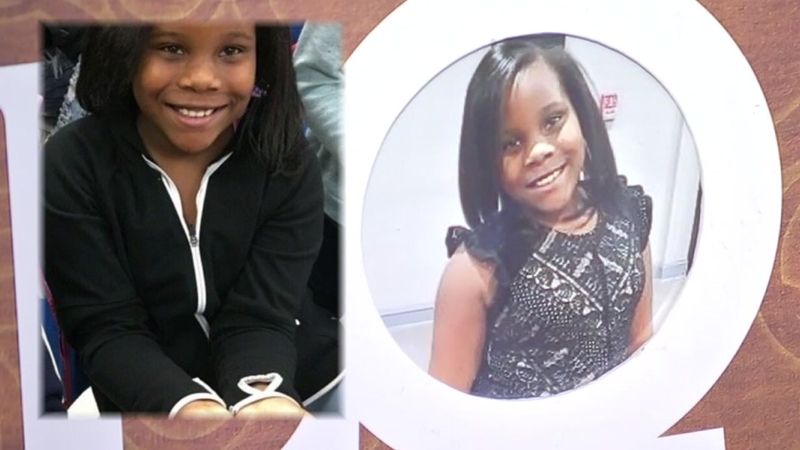 FAYETTEVILLE, N.C. (WTVD) -- A Fayetteville mother, whose daughter was killed in an accident involving a suspected drunk driver, is speaking out nearly a year after her death as she teams up with MADD for a rally against drunk driving.

Laverne Baxter can recall every minute on the night of June 22.

"It was about 9 o'clock. We were on the way home and we were at the light at Ramsey Street to turn onto Country Club and we were the third car in line. And when we started going through the green light and all I heard was the explosion and I was knocked out," said Baxter.

Baxter woke up shortly after, but Love Harmonee Ingram didn't.

"I looked back at my daughter who looked like she was just knocked out but come to find out once EMS got there she was dead," said Baxter.

Christopher James Bell was indicted on second-degree murder charges last week. Police say he was drunk and had just left Last Call sports bar when he sped through the red light at the intersection of Ramsey Street and Country Club Drive.

ALE investigated but told ABC11 "There was no evidence supporting allegations that the bartender intentionally overserved," ALE Agent Derwin Baxter explained.
However Allen Rogers, the attorney for the family, says they have every right to pursue civil action against the establishment.

"If they charged him it might be a criminal offense and of course the criminal standard is different from civil standards. This family has every right to seek justice from the establishment that served bell alcohol and watched him get intoxicated. Leave the bar and get into a vehicle," said Rogers.

But more than justice, Baxter wants awareness and change.

"When you drink and drive, drink or drug-drive, you can hurt many people not just yourself," said Baxter.

Love's family is teaming up with Mothers Against Drunk Driving for a rally on June 22.

The family says it's not just a remembrance event rather a reminder of the deadly dangers of drinking and driving. They will call on local politicians to make tighter alcohol and drunk driving laws.