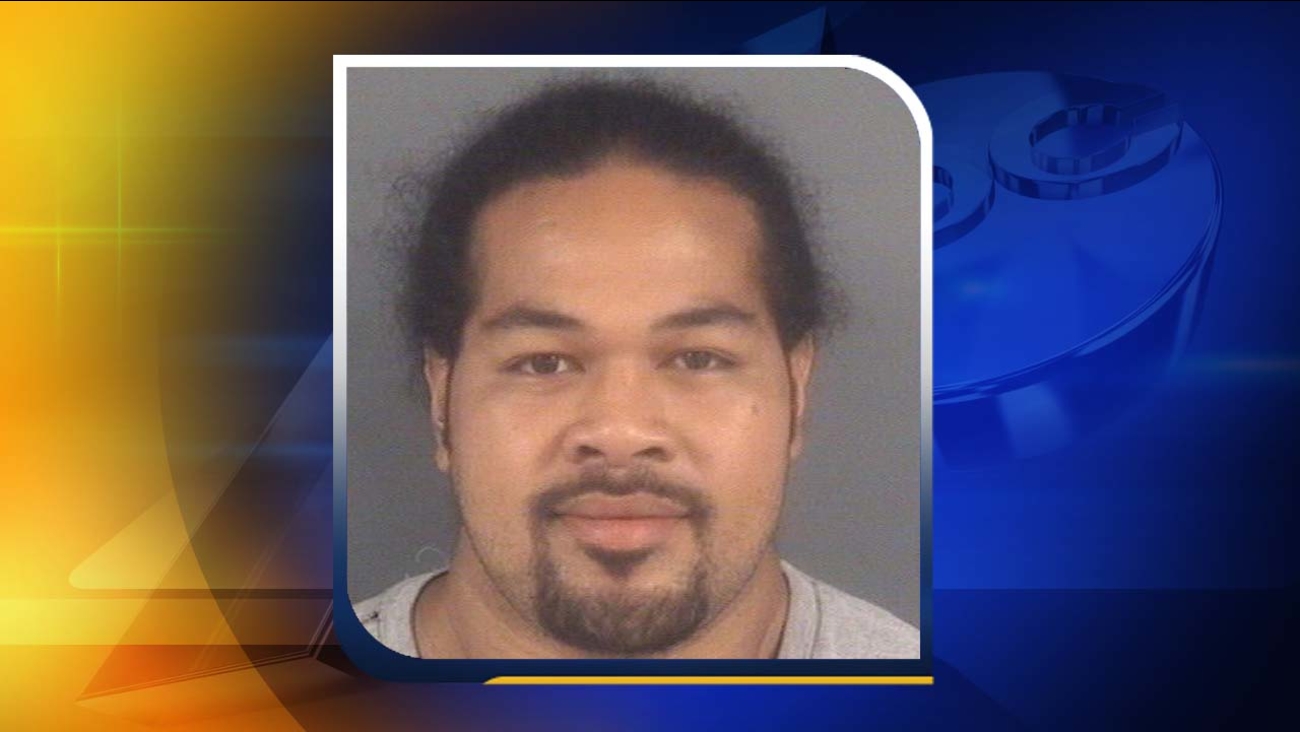 FAYETTEVILLE (WTVD) -- An arrest warrant details the fight between 21-year-old Gabriel Ciraulo and 29-year-old Aufaga Tiumalu. Ciraulo, a Fort Bragg soldier, became a viral social media topic when his brother posted pictures of him bloodied and missing a front tooth following a Sept. 3 altercation between him and Tiumalu, a bouncer at Fayetteville's Mavericks Saloon.

Last week, authorities arrested and charged Tiumalu with assault inflicting serious bodily injury. He has since been released from the Cumberland County jail on $10,000 unsecured bond.

Authorities are also investigating a suspicious fire that gutted Mavericks just days after the fight.

At this point, the incidents have not been connected by authorities, although a possible tie is being investigated.

THE NIGHT OF THE FIGHT

According to warrants, Ciraulo refused to fill out a membership application, required of all Mavericks patrons.

An employee advised him the application is required by law for all patrons wanting to enter the Raeford Road bar. Ciraulo had reservations about filling in the address portion of the application, the employee told police.

That employee also told authorities that Ciraulo became irate, and threw his beer at her. The employee grabbed the application and called Tiumalu to escort Ciraulo from the building.

The soldier and his friends got into a verbal altercation with Tiumalu. Tiumalu told authorities that Ciraulo started knocking over the roped partitions outside of Mavericks, so he began to push Ciraulo.

The altercation continued into the parking lot of the neighboring bar, where surveillance shows Ciraulo falling to the ground, Tiumualu dragging him by the leg and repeatedly punching Ciraulo in the face.

Ciraulo's friends helped him to his feet and the group left, according to the warrant.

Ciraulo's medical records confirm a minor fracture to the frontal sinus, cuts to his thigh and a front missing tooth.

Meanwhile, investigators with the Fayetteville Police Department and the State Bureau of Investigation are working to determine whether there's a link between the fight and the fire.

Flames and smoke engulfed Mavericks Saloon just before 3 a.m. Wednesday, damaging not only Mavericks, but neighboring Paddy's Irish Pub and several businesses in the strip mall.