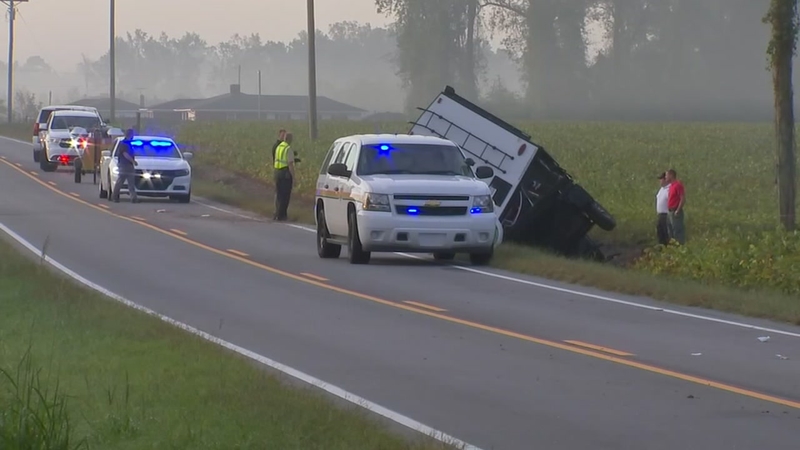 SAMPSON COUNTY, N.C. (WTVD) -- Authorities are investigating after a man allegedly shot a Fayetteville police officer and then tried to ram his car into a group of responding law enforcement officers a short time later.

According to the Sampson County Sheriff's Office, the incident started just before 9 p.m. on Monday, Oct. 15.

Sheriff Jimmy Thornton said the suspect arrived at the off-duty officer's home, the two began arguing, and the suspect shot the officer.

"You know, someone at their own home -- minding their own business -- they had no clue that an individual would show up at their front yard," Thornton said.

The suspect, who has not been identified, drove off from the house toward Minnie Hall Road. That's where troopers and deputies stopped him.

Deputies have been combing through this scene going on 6 hours now. We don’t know how many shots were fired but forensics have a number of markers set out. #abc11 pic.twitter.com/ofVRJO8aVR

They tried to get the suspect to turn himself in. Thornton said troopers and deputies used non-lethal weapons to try to force the suspect out of his car.

"Certainly a lot of less-than-lethal methods in an effort for him to exit the vehicle, but he was a tough guy," Thornton said.

Eventually, the suspect put his foot on the accelerator and tried to ram his pickup with camper tow into the troopers and deputies.

The law enforcement officers at the scene opened fire on the suspect as he tried to ram them. He was taken to the hospital, but investigators say he will be charged when he's released.

As for the injured Fayetteville officer, he was taken to Cape Fear Valley Medical Center. His injuries were considered serious, but no other specifics about his condition have been released.