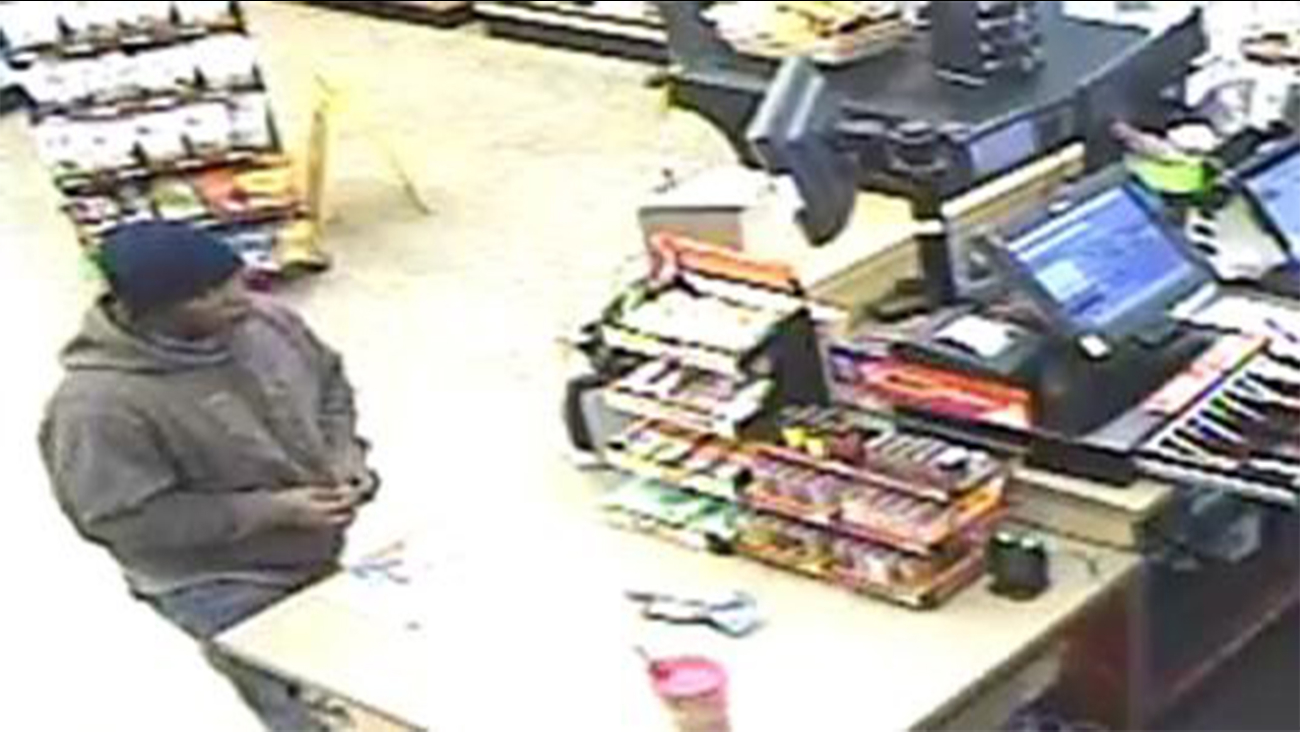 FAYETTEVILLE, North Carolina -- The Fayetteville Police Department said it's searching for the suspect responsible for an armed robbery at a Kangaroo convenience store early Saturday morning.

Officers said they responded to the call at 2001 Skibo Road around 3 a.m.

The suspect walked into the convenience store and grabbed a pack of crackers before going to the counter to assumingly make a purchase, according to police. They said the after the clerk opened the register, the suspect pulled out a knife and demanded that the clerk leave the cash register open.

Police said the suspect stole money from the register along with packs of cigarettes and then ran out of the store.

Anyone with information regarding this investigation or the identity of the suspect is asked to contact the Fayetteville Police Department at (910) 703-9279 or Crimestoppers at (910) 483-8477.

This story is developing. Check back for updates.

ABC11 has decided to slowly reduce the number of stories on the website that have a comments section. We believe very strongly that our audience should have an opportunity to discuss and debate events in our world, however, we have not been able to moderate the comments as well as we would like. Instead of hosting a platform that could allow a few loud and ugly voices to dominate a conversation, we want to encourage everyone to join us on our social media platforms and speak out there. Facebook: facebook.com/ABC11 Twitter: twitter.com/ABC11_WTVD
Report a correction or typo
Related topics:
fayettevillecrimefayetteville newsnorth carolina newsarmed robbery
NORTH CAROLINA NEWS
Cha Ching! Grocery store employee wins big on day off
Raleigh Irish dance academy wins big at world championships
Dr. Ashley Ward tries to overcome challenges in run for Congress
NC could be 'hardest fought battlegrounds' for abortion ban
TOP STORIES
Supply chain issues may affect AC repairs this summer
FTC warns about baby formula scams on the rise amid shortage
Family learned of loved one's death watching Buffalo shooter's video
2 years into COVID-19, some remain in complete isolation
Deep beach holes are dangerous, Outer Banks town warns
First 90-degree day comes with isolated storm threat
What is monkeypox? What to know after US confirms 1st 2022 case
Show More
Cary store owner says thieves stole 300 gallons of gas
Newlyweds mark big day with fiery stunt
Mother, son found dead outside Hope Mills apartments
Wall Street appears headed for another rocky day
Financial adviser: Try to not panic as stocks take another nose dive
More TOP STORIES News