Authorities: Woman critical after son shoots her in head 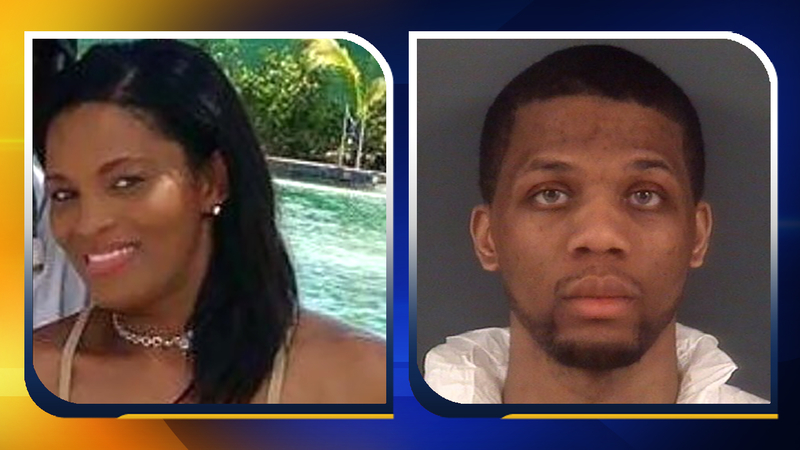 FAYETTEVILLE (WTVD) -- A 24-year-old Fayetteville man is charged in the shooting his mother.

Thursday afternoon, police say he walked into his mother's nail salon and spa and shot 44-year-old Derema "Miss "Dee" Burch in the face.

It happened at a shopping center at 1111 Ireland Drive in Fayetteville where Burch is the owner of the D'Ambience Salon and Spa. Police said her son walked into the salon about 1:45 p.m. and shot her as she worked behind the counter.

We've just learned Miss Dee, salon owner shot in face by son inside the biz, has been life flighted to Chapel Hill. pic.twitter.com/cXp1qW7trH

Eyewitnesses in the store said that after shooting his mother, Powell ran out the back door of the spa but came back into the building while a customer cradled the wounded woman on the floor.
He has been taken into custody, along with his gun and his car.

That customer, Diondra McKenzie, said she was in the back of the salon getting her nails done, when she heard a single shot. She said she saw Powell running for the backdoor but then he came back into the business.

Burch was critically injured, according to police, and was initially treated at Cape Fear Valley Medical Center. She was later life-flighted to Chapel Hill and is listed in critical but stable condition. at UNC Hospitals.

Just spoke w Dee Burch's husband. She pulled through a successful surgery in CH last night.Is stable after son shot her in face inside salon

"How could you do that to your own mother and not feel any kind of remorse or any kind of ... anything? You don't have any feelings?" McKenzie said. "She was asking me to help her and then she just didn't want to die. 'promise me, I'm not going to die. I don't want to die.' "

Police have not commented on a motive for the shooting. Friends and customers say Powell had some "mental health issues."

Powell is being held at the Cumberland County Detention Center where he remains under a $750,000 secure bond.

Witnesses said "Miss Dee" was working the front counter when Powell shot her.

Employees in a salon next door could hear the shooting.

One employee there - who wished to remain unidentified - said she came outside and stood right next to Powell.

"He actually came out and stood outside with us as if everything was okay, so we didn't even know that he was the one involved in the situation," she said.

Asked if he said anything, she responded: "Mmm mmm. He just stood nonchalantly watching the police move in, and that was it. And then I saw him go to the car and that's where he put the gun."

Douglas Byrd High School, which is less than a mile from the scene, was not put on lockdown, officials said.