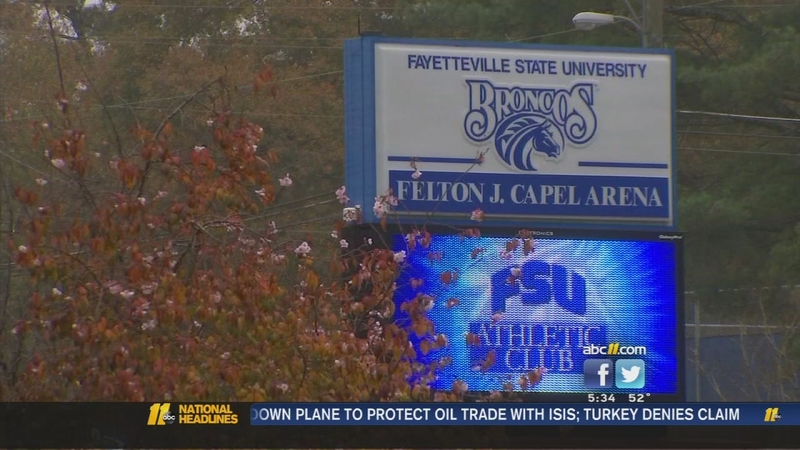 The university self-reported the violations, according to a statement released Monday evening. Filtering e-mailed media inquiries, the university tells ABC11 that the violations involve two ineligible student-athletes who are no longer on the Lady Broncos team.

Those two players received some sort of financial benefits that raised a red flag for FSU several weeks ago, launching an internal investigation before officials took the information to the NCAA.

According to The Fayetteville Observer's sources, the person behind the financial offerings is an athletic booster and the students were scholarship ineligible.

The developments come a week after the sudden retirement of sixth year women's basketball head coach, Eva Patterson-Heath. Patterson-Heath was reportedly missing from the first several games of the Lady Broncos' season prior to last week's announcement.

ABC11 asked a university spokesperson whether Patterson-Heath's retirement was tied to the NCAA investigation, and the school declined comment citing personnel policy.

A portion of a statement issued about the investigation reads:

The university takes seriously any violations in its athletic program and will cooperate fully with the NCAA.

FSU officials said they are awaiting the NCAA response to their self-report. Until then, the Lady Broncos' next two games are on the road before returning to Capel Arena in mid-December.