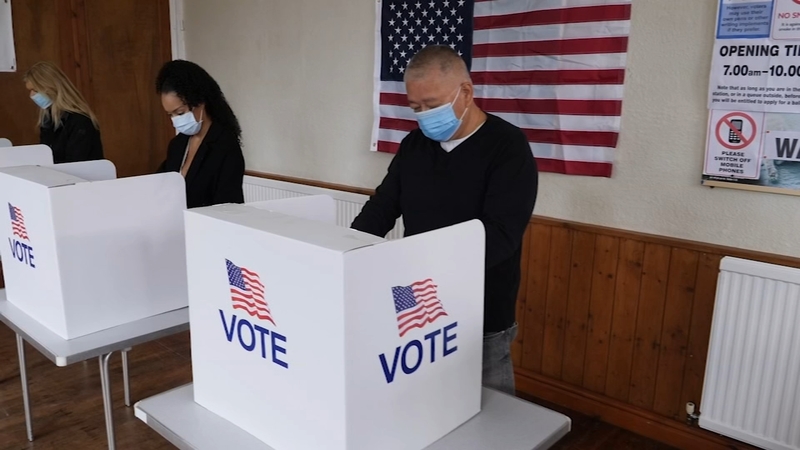 DURHAM, N.C. (WTVD) -- Wake County resident Edward Scott is just two months away from casting his first vote ever. He was released from prison three years ago but is on parole, which means he hasn't been eligible to vote until now.

" I am so happy. We've been waiting on this for so long," said Scott. "We talked about this so much in prison being able to vote and make a change. I'm going to be nervous. I'll have to take someone with me to show me the ropes."

A state court ruled it unconstitutional to keep people with felonies like Scott from voting once they've been released from prison.

The decision from a divided three-judge panel came just as absentee voting started, even though judges had more than six months to issue the written order.

"This is an unrivaled attempt by judges to legislate from the bench," Sen. Warren Daniel, R-Burke, said. "Piece-by-piece the courts are chipping away at the legislature's constitutional duty to set election policy in this state and seizing that authority for themselves."

Attorney Daryl Atkinson first took this case to the courts in 2019. He calls the outcome a victory.

"Quite simply, it means they have a voice..a civic voice to weigh in on who respective representatives should be in their areas of the state," said Atkinson.

According to Atkinson, this ruling affects about 56,000 people across the state. He recalled the testimony that plaintiff Shakita Norman, a Wake County resident on felony supervision, presented to the court.

"She said most people like me, even though I'm on probation, I still pay taxes. I go to work every day. I should be able to have that moment," said Atkinson.

With statewide primaries a little more than a month out, the plaintiffs in the case and Scott are just steps closer to casting their votes.

"Even though we did a lot of things we shouldn't have done, giving us the opportunity to be productive members of society. I want to say thank you," said Scott.

On Wednesday, attorneys for the North Carolina General Assembly filed a notice of appeal and a motion for stay with the trial court following the decision by the three-judge panel that would permanently allow any convicted felon who is not currently sitting in prison to vote in any election.

"The people of North Carolina are sick and tired of leftist judges who ignore the law to achieve their desired outcomes," said Sam Hayes, General Counsel for House Speaker Tim Moore. "The constitution could not be any clearer: convicted felons are to repay their debt to society before having their civil rights restored. Granting convicted felons, including rapists and murderers, the right to vote is an affront to every law-abiding voter in our state, and it will not stand.