'I wanted to do something positive': Student-athletes use new NIL rules in different ways 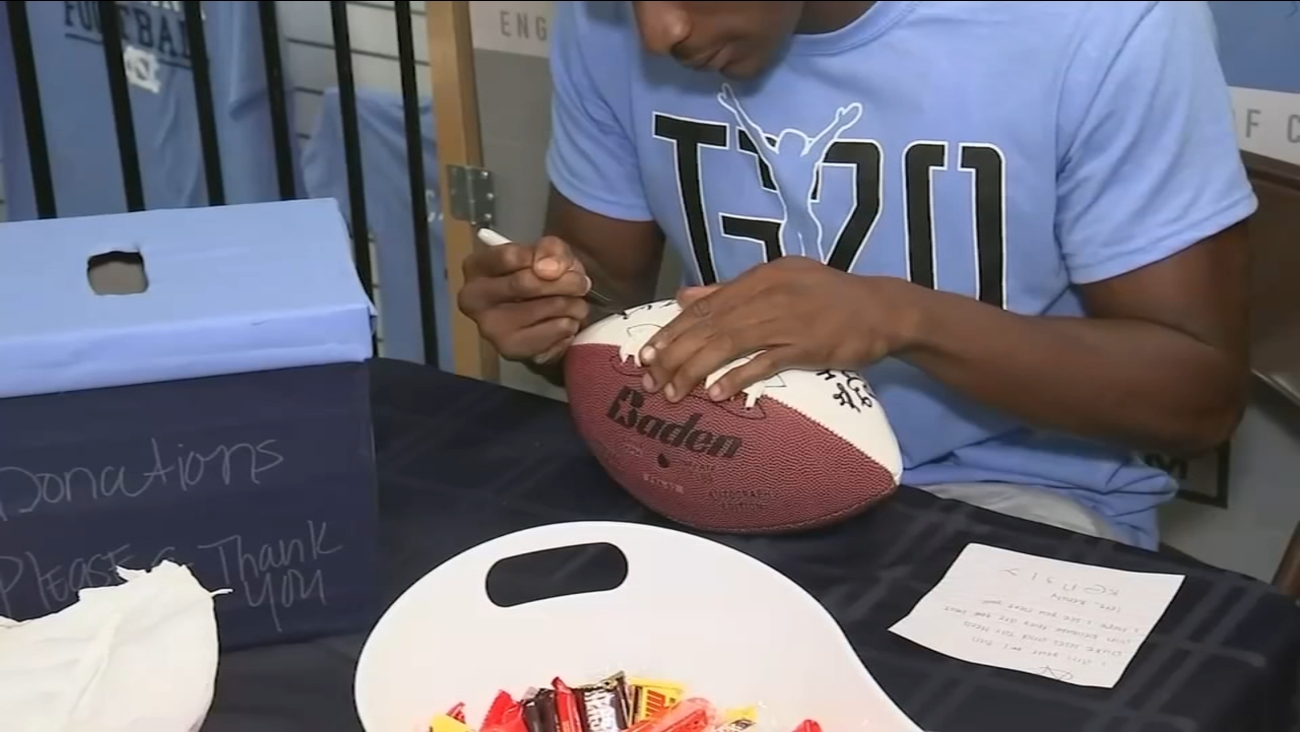 CHAPEL HILL, N.C. (WTVD) -- The 2021 season ushered in a new era of college athletics, with student-athletes able to capitalize off their name, image, and likeness for the first time.

While athletes previously received scholarships and limited permissible benefits, they were largely cut out of money-making opportunities.

"They were just literally working for their schools for free. So, I think NIL in that sense is great where they can earn some value and take care of themselves and their families," said Zac Hiller, owner of Loyalty Above All, an agency that represents UNC starters Josh Downs and Garrett Walston.

Downs has an autograph signing lined up for next week, while Walston used his platform to help raise funds for a charitable endeavor, something that was not allowed prior to NIL rules going into effect. In September, Walston sat down with ABC11, and shared the story of his friend Riley Estes, who died by suicide earlier this year. Estes' family set up The RILO Foundation in his memory, which seeks to spread awareness of suicide prevention and mental health difficulties.

"I wanted to do something positive because our community back in Wilmington in my hometown was very struck by the passing of Riley because he was just such a great, radiant kid with a radiant smile that lit up the room," said Walston.

UNC teammates have profited in a number of ways, with star quarterback Sam Howell inking a deal with Bojangles, and defensive back Tony Grimes selling T-shirts while taking part in a meet-and-greet and autograph signing with fans at Chapel Hill Sportswear.

"It doesn't feel weird but it's a shocker," Grimes told ABC11's Josh Chapin during the July event. "Like, I don't have to ask permission to do anything from the school anymore. I could call my dad and we could set things up and that's how it is."

Hiller said it creates opportunities for student-athletes to strengthen ties to their communities.

"What's great is for the athletes to be able to build a relationship with these local businesses. I look at NIL with my clients of -- what were you doing before (NIL was implemented)? Where were you eating? For example, if you like a restaurant, and you've been going there, and spending your money there, that's where I want to start. I want to call them, (and say 'our client) likes your restaurant, what can we do (for a deal),'" said Hiller.

Universities are unable to provide direct monetary payments to student-athletes, though they are highlighting resources available to them. UNC created LAUNCH, a program which the university describes is aimed "to elevate their platform and provide tools to enhance their personal brand."

NIL deals vary greatly in size, with few players linking major deals. Opendorse, a platform which connects businesses directly with athletes, said the average compensation for a D-1 athlete on their platform is $1,256. Revenue opportunities exist in a number of ways, from licensing rights to autograph sessions to posting or creating content for social media.

"The athlete that I think has been training their whole life to get to the collegiate level and then to the professional level, they have to make sure they stay focused and it doesn't interrupt their schedule to make them the best athlete possible," said Hiller.