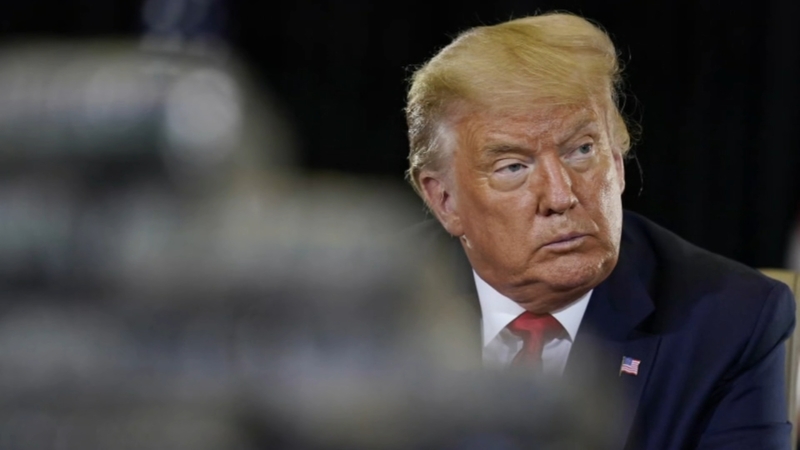 During an interview on 'Fox News Sunday,' Trump discussed issues of freedom of speech behind the Black Lives Matter movement and the Confederate flag. He defended both sides as "freedom of speech."

When asked about the representation of Confederate leaders on U.S. military bases Trump said he was against such changes, describing the calls for the name change as a symptom of "cancel culture."

Currently, Fort Bragg in North Carolina is one of 10 Army bases named after Confederate leaders.

RELATED: The history behind the naming of Fort Bragg as Pentagon considers renaming base

Fort Bragg is named after Warrenton native, Braxton Bragg, who was a general in the Confederate Army.

Trump even going as far as to jest renaming the fort after Rev. Al Sharpton.