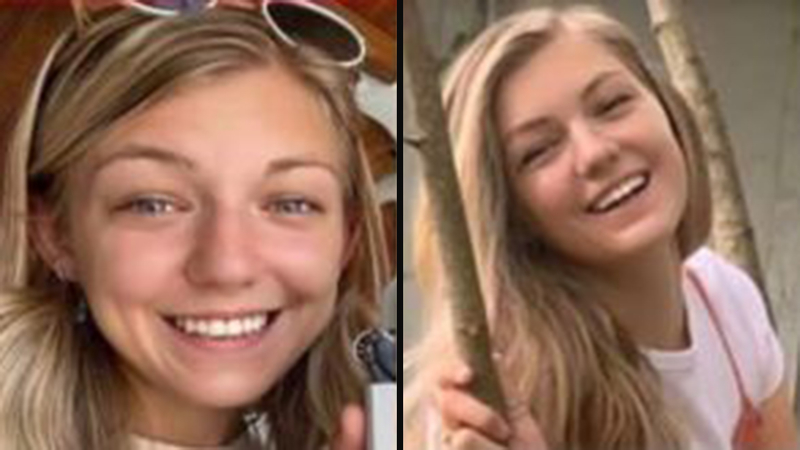 LONG ISLAND, NY -- A 22-year-old woman originally from New York disappeared while traveling in Wyoming, and her desperate family is pleading for help finding her.

Gabrielle Petito was traveling in a white 2012 Ford Transit van with Florida license plate QFTG03 with her boyfriend when she stopped communicating with friends and family.

Schmidt said Petito and her boyfriend Brian Laundrie left Long Island on July 2 for a cross country trip. The two, she said, had been living in North Port, Florida, for the last two-and-a-half years.

Gabrielle Petito, a 22-year-old YouTuber, disappeared while traveling in Wyoming with her boyfriend Brian Laundrie, who police said is not missing.

The couple had been documenting their trip on YouTube, and they were set to arrive in Portland, Oregon, in October.

"We were excited for them," Schmidt said.

She said the last video chat she had with her daughter was August 24 or 25, though they exchanged text messages for a few days following.

The last text she received was August 30.

Prior to the last communication, Petito is believed to have been in Grand Teton National Park in Wyoming.

Petito was reported missing to the Suffolk County Police Department by her family on September 11 at approximately 6:55 p.m.

Petito's boyfriend is not missing, but authorities will not discuss his whereabouts. The couple's van was recovered in Florida.

He released the following statement Tuesday through his lawyer:

Schmidt said she believes her daughter will come home.

"I believe she's in danger because she's not in touch with us," Schmidt said. "She could be alone somewhere. She could be stranded somewhere in the wilderness and she needs help."

Petito is described as a white female, approximately 5-foot-5 and 110 pounds. She has blonde hair, blue eyes, and several tattoos, including one on her finger and one on her forearm that reads "Let it be."

Suffolk County detectives are asking anyone with information on Petito's disappearance to contact Crime Stoppers at 1-800-220-TIPS.