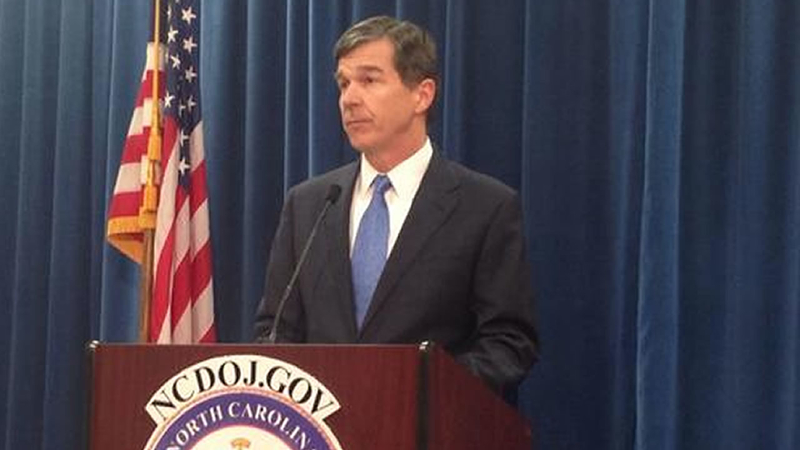 RALEIGH (WTVD) -- North Carolina Attorney General Roy Cooper said Monday he predicts North Carolina's ban on same-sex marriage will be on the chopping block following a court ruling out of Virginia. He said because of that, he will not defend against the lawsuits seeking to overturn North Carolina's constitutional amendment approved by voters in 2012.

"After reviewing the 4th Circuit decision and consulting with attorneys here, I have concluded that the State of North Carolina will not oppose the cases moving forward," said Cooper. 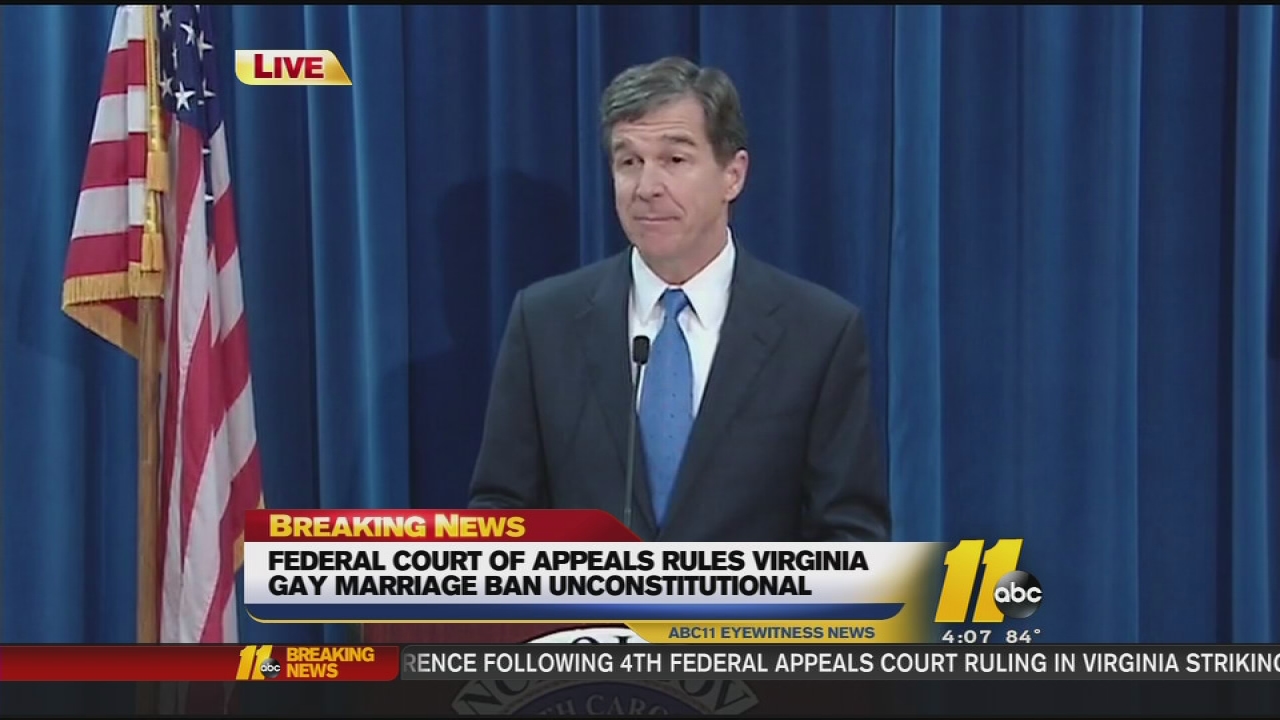 The announcement rattled supporters of the law but was celebrated by critics.

"We love North Carolina, but part of us doesn't love being here because we don't feel the same as everyone else," said Mackenzie Sullivan.

On Monday night, she joined a crowd at Motorco in Durham celebrating a change that could give them the title once again, but in North Carolina.

"Our attorneys have vigorously defended North Carolina's marriage law, which is their job, but today we know our law almost surely will be overturned as well," said Cooper.

With that prediction, Cooper said the four pending cases challenging the law here could end up forcing a judge's hand.

With that, Cooper also said he will not oppose these cases going forward.

"It's time to stop making arguments we will lose," said Cooper.

Those on the other side of the issue said it's a blow to the sanctity of marriage and against what voters put into law years ago.

"I think it's outrageous that federal judges are putting themselves in the place of God by overturning the institution he has created," argued Tami Fitzgerald with the North Carolina Values Coalition.

While this ruling out of Virginia could lead to change in North Carolina, it won't be immediate. First, it has to go through the court system, then ultimately the U.S. Supreme Court.