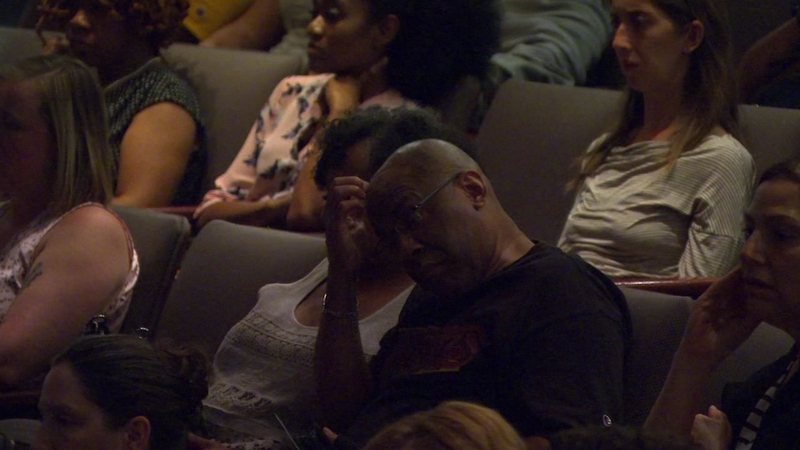 RALEIGH, N.C. (WTVD) -- Hundreds of Raleigh residents poured into the A.J. Fletcher Opera Theater on Thursday for this much-anticipated citywide discussion. And, the first thing the moderator did was define the "G word."

It's is an academic term that's having some very real-world impact across the city.

Walk the streets of Raleigh, south of downtown and over to southeast, and you can see it. Neighborhoods once considered historically black or home to lower-income residents now welcoming newer high-priced homes and neighbors more affluent, and now more often, white.

"I saw it in Milwaukee. I saw it in Chicago," said Charles Fleming of northeast Raleigh describing his experiences with gentrification in cities he's lived in before. Fleming was one of the first to arrive for the panel discussion.

"Next thing is the Starbucks. And it's the quote, unquote yuppies," Fleming said. "It's unfortunate because if (gentrification) takes out the person who can't afford to live in those communities."

The night was partly an education in how Triangle neighborhoods came to be. PowerPoint slides showed the map illustrating the old red line rules from the 1930s to the mid-60s.

RELATED: Raleigh homeowner who won't sell: "It represents Black America to me."

Redlining was racial discrimination through mortgage lending that kept white homebuyers in the green, more desirable parts of the city. And blacks were left in the red.

"So you had suburban flight, you had those areas that were green, they were predominantly white. And they were building equity over the years," said Asa Fleming, president of the NC Association of Realtors. "But let's look at it, 34 years that (white homebuyers) were building equity versus another part of the population that weren't doing it."

Now, as many of these lower income neighborhoods shift to higher-end homes, many residents fear being pushed out.

"We'd like to believe that we welcome neighbors," said Southeast Raleigh Promise Executive Director Kia Baker. "But we would also like to see preservation of the culture and history and the historical significance of the folks who lived in that neighborhood and really built that neighborhood."

“As I rode through the neighborhood I grew up in, it looks a lot different than it once did... I would like to see preservation of the culture and history.” - Kia Baker, SE Raleigh Promise#abc11 #gentrification #ConnectRaleigh pic.twitter.com/BsB9qX4eWy

Yvette Holmes who serves as vice-president for resources and development and partnership for DHIC, Inc. asked, "What about the elderly that live in these communities that are rapidly gentrifying that don't have the resources, that don't have the education to navigate this process. And are quite frankly being taken advantage of."

Then there's the need for more affordable housing.

Paul Kane, CEO of the Homebuilders Association of Raleigh-Wake County pointed to rising regulatory costs, higher prices for building supplies, and pent-up demand for new homes as some of the many reasons for high home prices

"It's a very multi-faceted problem. You can't just say why don't you just build cheaper houses. I can tell you many (builders) would love to. Because they know there's a rich, rich market there," Kane said.

While they weren't on the panel, the majority of Raleigh City Council was there. Five of the eight members were in the audience. Mayor Nancy McFarlane is still recovering from back surgery and was unable to make it.