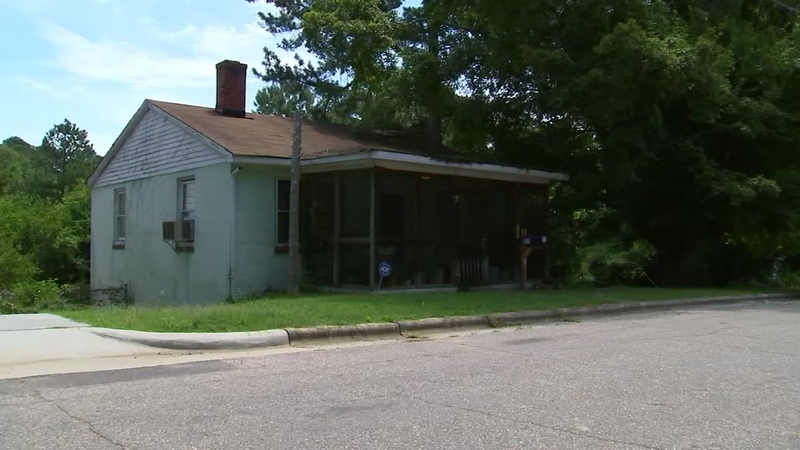 RALEIGH, N.C. (WTVD) -- John Redfern said he gets two to three letters a week from investors asking to buy his property.

He owns a house on Battery Drive, less than two miles east of downtown Raleigh.

"I haven't found a sufficient amount of money that they can offer me, since this is my family home, for me to sell," Redfern said. "So my reaction, as long as I live, would be no."

The 80-year-old moved into the home as a child in 1938 when he said only African-Americans lived in the neighborhood.

"There were not many houses here in this neighborhood," Redfern said. "It was a dirt road."

So much has changed since then. Right down the street, there are renovated houses and others getting redone. The prices are skyrocketing. And some residents in historically black neighborhoods are getting pushed out.

"There probably are not many black residents left on this street because of the price," Redfern said.

Gentrification is the focus of a meeting hosted by the City of Raleigh on Thursday.

Kristen Jeffers, of "The Black Urbanist" multimedia platform, is one of the speakers.

"We have people who really want to live in the center city and in that case, there are a lot of older neighborhoods that were deemed undesirable, neighborhoods -- historically black neighborhoods, a lot of them that tend to be less expensive," Jeffers said. "They were valued less, so now you have a lot of people who want central city property asking for those properties."

Jeffers said it is important that Raleigh is ready for this shift.

"Making sure we're active about affordable housing, active about proper transit, working with community members to sort of merge old and new and not bring in the new at the expense of the old," Jeffers said.

Raleigh has committed to building 5,700 affordable housing units in southeast Raleigh during the next 10 years.

A city spokeswoman said the numbers reached 1,814 for this commitment, as of May. The work started in 2016.

Redfern moved out of the house.

But he won't sell, using it as the office for his photography business.

For Redfern, the home represents the progress of his family, who sacrificed so much to own a plot of land.