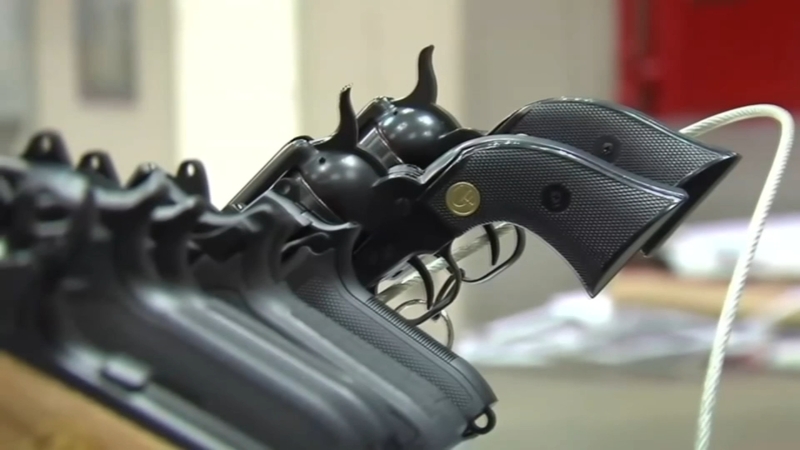 "We're asking (Sen. Thom Tillis and Richard Burr) to take up the background check bill that was already passed in the House a month ago. It stalled in the Senate. It hasn't been taken up. There hasn't been any appetite," explained Kaaren Haldeman, a volunteer with Moms Demand Action for Gun Sense in America.

The bill would require universal background checks on most gun purchases or transfers, including at gun shows or online sales. It is not clear how the suspect in El Paso acquired his weapon.

Twenty people were killed and 26 others were injured, with victims ranging in age from 2 to 82 years old.

"Shock and anger and grief and all rolled into one," Haldeman explained.

Authorities are investigating a manifesto that they believe was written by the shooter and shows a possible "nexus" to a hate crime.

"All I can think of is about those families who have all been shattered in just a couple of minutes in a Walmart today," Haldeman said.

Governor Roy Cooper tweeted a statement Saturday night, writing, "Another day of senseless, horrific gun violence. We in North Carolina stand with the people of El Paso as they endure this heartbreaking pain."

Another day of senseless, horrific gun violence. We in North Carolina stand with the people of El Paso as they endure this heartbreaking pain. - RC