Black women may be more affected due to their higher rate of use, according to a new study.

It's a popular way to straighten hair, but chemicals in relaxers may increase uterine cancer risk over time, according to a new study.

Women who use chemical hair-straightening products may be at a higher risk for uterine cancer, and Black women may be more affected due to their higher rate of use, according to a new study.

The study, funded by the National Institutes of Health, found an association that women who self-reported frequent use of hair straightening products were more than twice as likely to later develop uterine cancer than women who did not use the products, but there was not enough evidence to prove the hair straightener caused the cancer.

Uterine cancer, a type of cancer that starts in the uterus, is a risk factor for all women with a uterus, but the risk increases with age, especially during and after menopause, according to the Centers for Disease Control and Prevention.

It is still a relatively rare cancer overall, representing around 3% of all cancer cases, but is the most common gynecologic cancer in the U.S., according to the CDC.

"We estimated that 1.64% of women who never used hair straighteners would go on to develop uterine cancer by the age of 70; but for frequent users, that risk goes up to 4.05%," Dr. Alexandra White, the study's lead author, said in a summary of the study released Monday by the National Institutes of Health.

Frequent use of the products is defined as more than four times in the previous year, according to the study, which included more than 33,000 women between the ages of 35 to 74.

Around 60% of women in the study who reported using chemical straightening products were self-identified Black women.

"Because Black women use hair straightening or relaxer products more frequently and tend to initiate use at earlier ages than other races and ethnicities, these findings may be even more relevant for them," said Dr. Che-Jung Chang, an author of the study, alongside White.

Dr. Madeliene Gainers, a board-certified dermatologist, called the study's findings a "huge concern for Black women," who have long used hair straightening and relaxing products in part because of the hair bias they face in society, including in workplaces and schools.

Several cities and states have taken action to combat the issue through the CROWN Act (Create a Respectful and Open Workplace for Natural Hair), legislation that bans discrimination against race-based ethnic hairstyles. There are currently no federal laws that address hair discrimination, but the NAACP Legal Defense and Educational Fund is advocating for making the CROWN Act law in all 50 states.

Gainers said she advises patients to transition to natural hair and to avoid relaxers as well as perms.

"Hair relaxers are problematic. They're not strictly regulated and they're not even required to list all the ingredients," said Gainers, who was not involved in the NIH-funded study. "With hair relaxers, it's such a harsh chemical it can cause lesions and burns on the scalp, so it makes penetration of these chemicals that much greater and the scalp absorbs better, so it's a huge problem."

Gainers said chemicals from hair products can be absorbed into the body, where they may disrupt the body's hormonal balance, resulting in cancers and other medical issues.

"It can affect your body in a similar manner as ingesting the chemicals," she said. "Just because it's being put on the skin, it doesn't stop it from being harmful, unfortunately."

More research needs to be done

The authors of the new study point out that "more research is needed" to determine exactly what type of hair-straightening chemicals could be linked to an increased risk for uterine cancer.

The study did include some significant limitations. More than 80% of the women in the study were Non-Hispanic white women and only 7% were Black, meaning the statistics may be different with an equal distribution of races.

All of the women were first-degree relatives of a woman who had been diagnosed with breast cancer, which puts them at a higher risk of getting cancers themselves.

Uterine cancer rates have also been rising in Black women in general, so there could be an association that is not directly caused by using chemical hair-straightening products.

"More research is needed to confirm these findings in different populations, to determine if hair products contribute to health disparities in uterine cancer and to identify the specific chemicals that may be increasing the risk of cancers in women," White wrote in the study's summary.

Researchers in this study also couldn't identify the specific chemical that could be causing uterine cancer. They only noted that the chemicals were historically found in straighteners, where parabens, bisphenol A, metals and formaldehyde, could be contributing to the increased risk.

The study, which collected data over 11 years, did not include information on brands or ingredients in the hair products that participants used, according to the NIH.

In 2019, researchers used data from the same study to to report an association between the use of hair dye and relaxers and breast cancer rates in women who were already at an increased risk level of getting breast cancer.

Other studies have also shown no increased risk of breast cancer due to the use of hair dye.

The Food and Drug Administration, the agency that regulates cosmetics, including hair smoothing products and hair dyes, says on its website it does not "have reliable evidence showing a link between cancer and coal-tar hair dyes on the market today." Coal-tar hair dyes, according to the agency, includes permanent, semi-permanent, and temporary hair dyes.

The FDA warned that the use of hair smoothing products in an area that is not properly ventilated could lead to a risk of a person inhaling formaldehyde.

Gainers said that as research continues, she would like to see the hair products industry more closely regulated, including requiring ingredients to be clearly listed.

Tiffany Russ, DO, MS, is an anesthesiology resident at the University of Washington and a contributor to the ABC News Medical Unit. 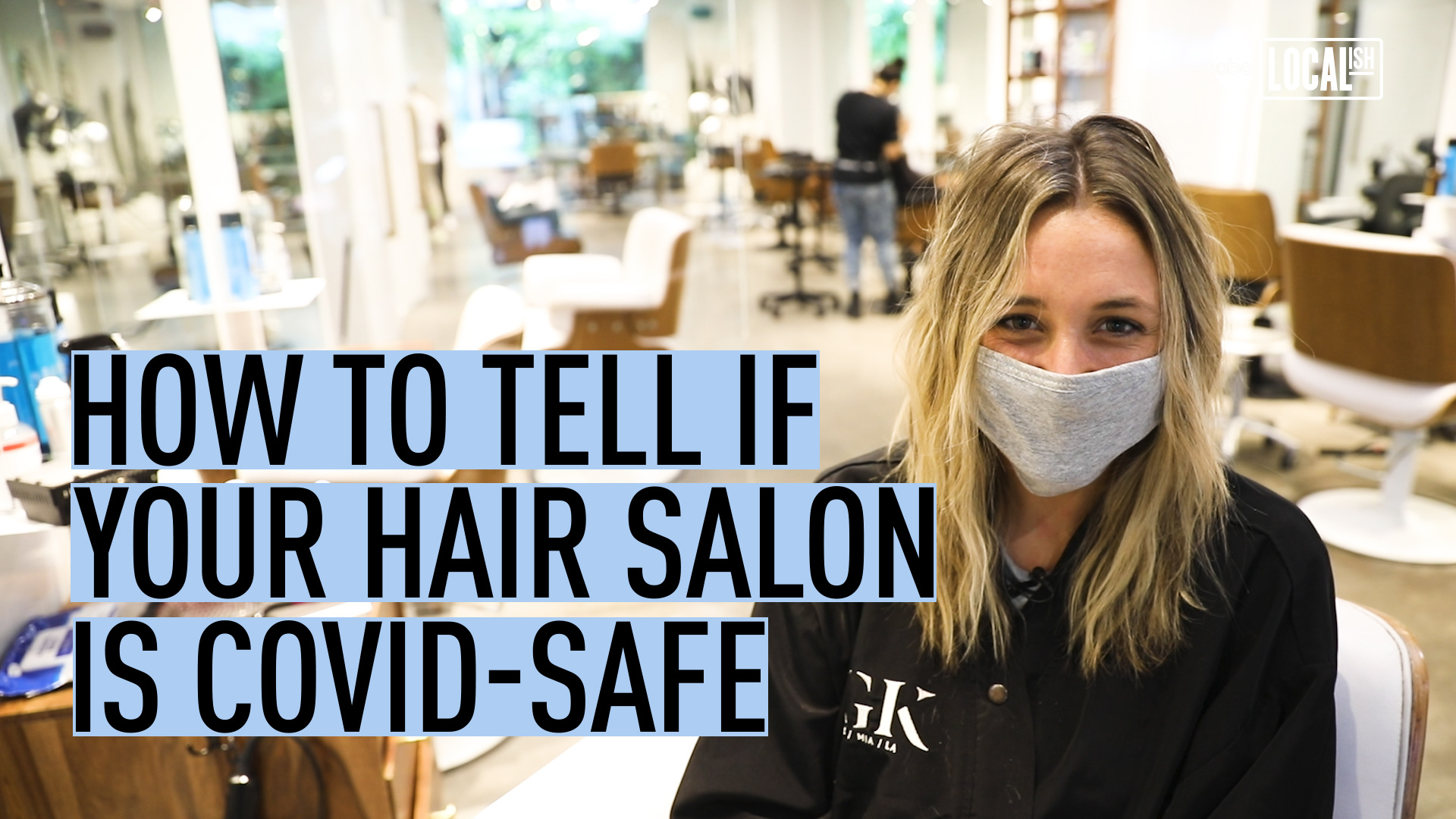 How do you really know if your hair salon is COVID-safe?