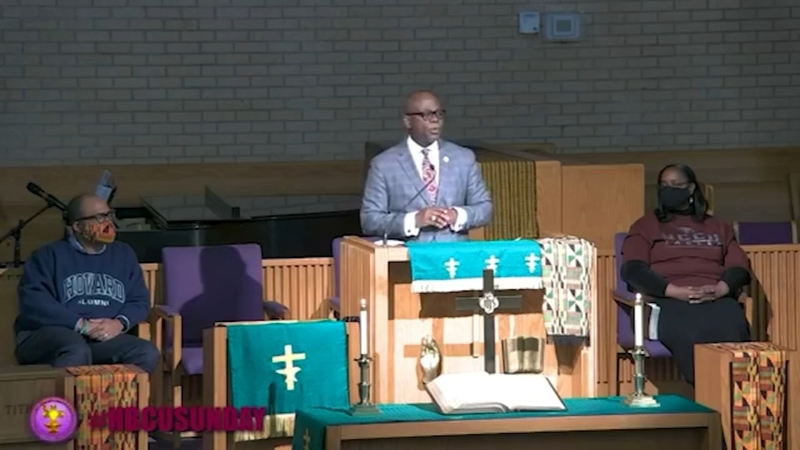 DURHAM, N.C. (WTVD) -- On Sunday, historically Black colleges and universities across the country were celebrated at one of the oldest Black churches in North Carolina.


"HBCUs have unequivocally served as an anchor of our society since its founding," said Akinleye, a two-time HBCU graduate.

The theme of Akinleye's message underscored the importance of HBCUs through American history. He noted HBCU's legacy of providing educational opportunities for people of color dating back to the era of Jim Crow segregation.

"We don't have to prove anything about our relevancy. The proof is in the pudding," said Akinleye.


"While the first HBCU was founded more than 180 years ago our advocacy and investment are needed to ensure these models of higher education are sustained for centuries to come," Said Dr. Akinleye.

On Sunday, the church presented NCCU with a financial gift. Dr. Akinleye says the university will announce a major donation it just received this Wednesday.

Soon, NCCU will become a mass vaccination site. The chancellor told the virtual audience who tuned into his message that NCCU was recently approved by the state and is going through the validation process.

Later this month, some historically minority-serving institutions in the UNC System received mobile freezers back in January that are capable of safely storing and moving COVID-19 vaccine vials.