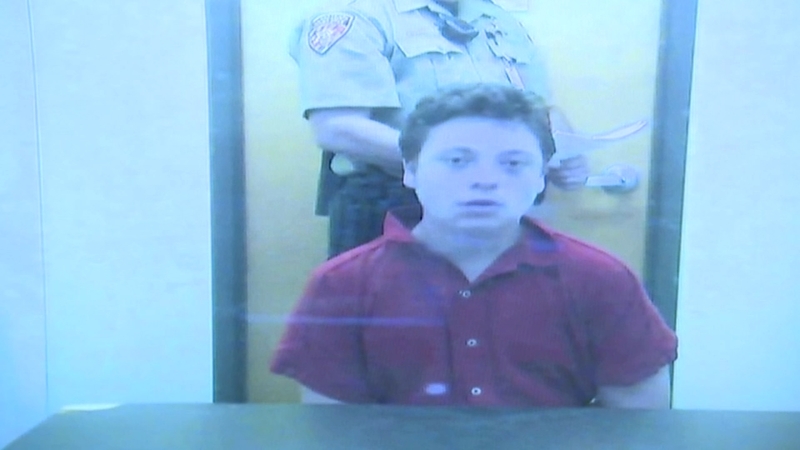 EMBED <>More Videos
HIGH POINT, N.C. - -- A High Point University student found with guns in his dorm room planned to shoot up the school in the coming months, according to court documents.

Paul Steber, 19, a freshman from Boston, was arrested Tuesday after officers found guns in his dorm room.

Details came out at Steber's first court appearance on Wednesday.

During an investigation, officials found that Steber had planned to 'do something' by Christmas and came to North Carolina because it was 'easier to get guns.'

Lori Wickline, an Assitant District Attorney with the Guilford County DA's office, said Steber watched videos of the Charleston, South Carolina church shooting and bought at least two guns last weekend. Wickline said that if Steber's roommate had gotten into a fraternity and Steber didn't, Steber would kill his roommate and then kill himself.

HPU officers contacted High Point police after security officers contacted Steber in his dorm room. The school said students reported to HPU staff that Steber had guns. Officers found a 9mm semi-automatic pistol and a double-barrel 12-gauge shotgun in Steber's room and took him in for questioning.

WGHP reports that court documents said Steber had a "plan and timeline to kill people."

HPU released a statement after Steber's arrest:
"While there is no immediate threat, we are informing you that this evening, students reported to HPU staff that another student had possession of two firearms. Due to the diligence of the students who reported this and the swift response of HPU security, the firearms were confiscated and the matter was turned over to the High Point Police Department. The owner of the firearms has been removed from campus."

North Carolina law prohibits any person, including a concealed handgun permit holder, from carrying a firearm, openly or concealed, on educational property or at a curricular or extracurricular activity sponsored by a public or private primary school, community college, college or university.

The case is still being investigated. Police say there are no indications of other threats.

Prosecutors said Steber didn't appear to have any criminal history.

The court set his bond on the firearms charges at $2 million.

His father, who came down from Massachusetts, sat in court for the brief hearing where Steber appeared via video link.