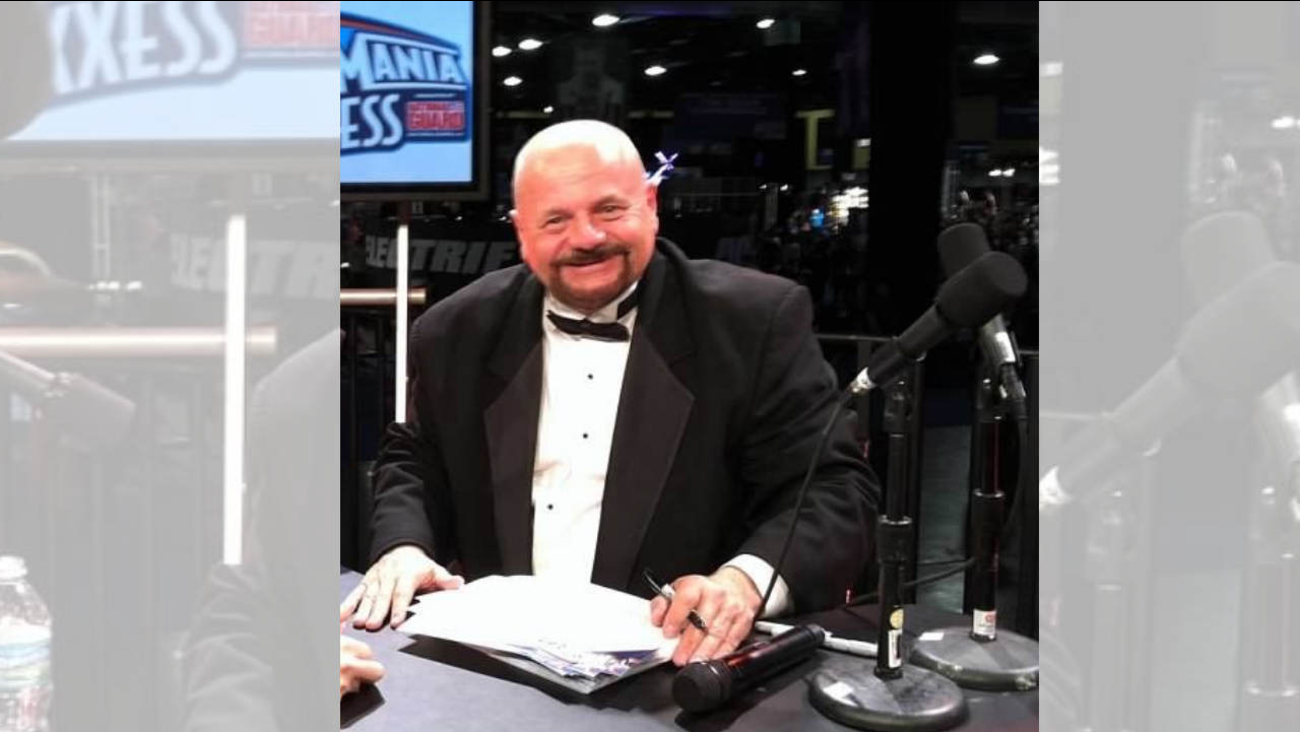 The world of professional wrestling is mourning the loss of one of its most recognized voices: longtime ring announcer Howard Finkel.

Finkel passed away at the age of 69, the WWE announced Thursday. A cause of death was not released.

In 1980, 'The Fink' became the first employee of the World Wrestling Federation (now the WWE).

He is best known by wrestling fans for announcing new WWE champions by stretching the pronunciation of the word 'new' with a boisterous "and nnnneeeewww!"

His long tenure in WWE led him to introduce many famous names over the course of his career including The Rock, "Stone Cold" Steve Austin, Hulk Hogan, "Macho Man" Randy Savage, John Cena, Ric Flair, The Ultimate Warrior, Andre the Giant, Shawn Michaels, Bret Hart, and The Undertaker.

His friends and colleagues have sent their condolences on social media.

In what has already been a tough week for our @WWE family, today we lost our 1st ever employee and WWE Hall of Famer, @howardfinkel. Howard’s voice is iconic & recognized by generations of fans. He will be missed. #RIPHowardFinkel Thank you for everything. ❤️🙏❤️

So sad to hear of the passing of my friend, the greatest ring announcer in the biz, Howard Finkel, at the age of 69.

The Hall of Famer is now ring announcing in Heaven. #RIPFink

No one was more loyal or loved pro wrestling more than The Fink. 🙏

The voice of a generation and the kindest, most loving human you could meet. RIP Howard. We will all miss you. pic.twitter.com/PA3CPyF1rp

Howard Finkle was on Team Hogan through the good and bad times,even when I was on the outs Howard would call on a consistent basis to tell me to always keep my head up,it was” never say never” and “you and Vince will work it out”,my good friend RIP,I love you 4LifeHH

He was the sweetest person!! Every time he stepped into a room he brought sunshine. I’m really going to miss him. #RIPHowardFinkel -Brie pic.twitter.com/NVhiJXUNue

Fink was the voice of my childhood. Ya know what else? He was the kindest human being I ever met & I cherished our conversations.

Here’s him announcing the first NXT Title match. Hearing his voice say my name was a dream come true. May he rest in power. https://t.co/9qrWBTaGlE