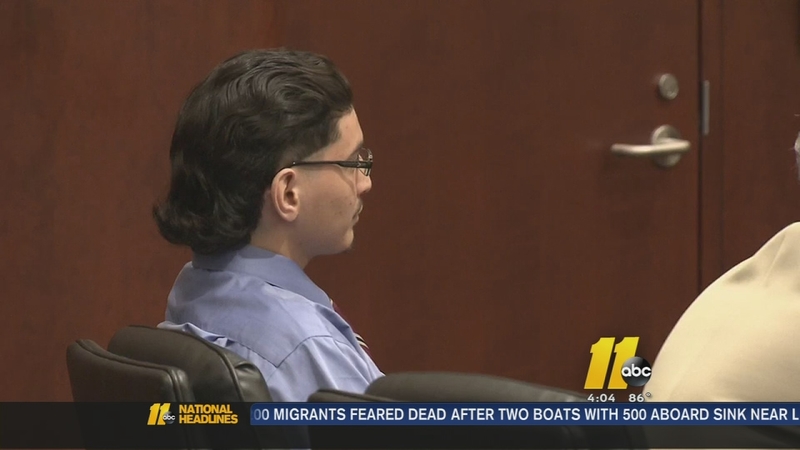 RALEIGH (WTVD) -- A jury found Jonathan Santillan guilty on all counts Friday in the murders of Samuel Flores Mendoza and Maria Saravia Mendoza inside their house near Garner on Jan. 5, 2013.

Prosecutors said Santillan and another teen believed a rival gang member lived in the couple's home in the 700 block of Colonial Drive when they went in with an AK-47 assault rifle and a pistol and executed them.

Santillan was just 15 at the time.

The state's key witness at the trial was Moise Reyes, who told the jury last week that he drove Santillan and Israel Vasquez - who was 16 at the time and also charged - to the home where the Mendozas and their two young sons had moved when the teen's rival gang member moved out. The Mendozas' 3-year-old child was also in the home at the time of the killings, but was not hurt. The couple's older child was not at the house.

On the witness stand, several veteran investigators had called the crime scene - where a couple was killed in a case of mistaken identity - among the worst they'd ever seen.

Santillan was convicted of two counts of murder, felony conspiracy, first-degree burglary, possession of stolen property, and possessing a firearm with an obliterated serial number.

Sentencing is scheduled for Tuesday.