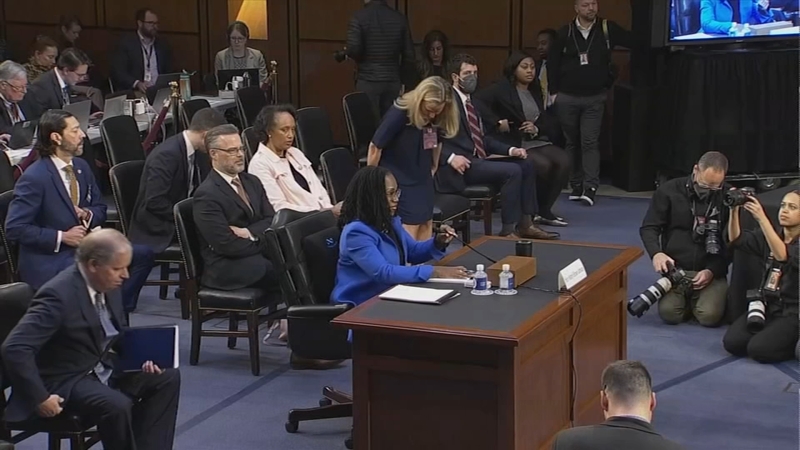 "Oh God, her journey does impress me. She's exactly a little bit what I want to resemble joining clubs and them building character," Scott said.

Brown Jackson is the daughter of public school educators who taught her that if she worked hard, she could be anything she wanted. She's also credited her high school debate team for shaping her. Scott can relate.

"Joining student council helped with my public speaking. I was very shy coming into Hillside but you know I'm the senior now and I'm not afraid to speak up and say my opinion on certain things," he said.

"As an introduction to debate, I show my students a video clip of many famous people who have said that debate is what calls them to become who they are. For example, Oprah Winfrey," said Parrish.

He is not surprised that Brown Jackson is a former debate student and believes it is one of the most important programs a school can offer. Scott has watched many students through the years compete and come out of their shell as a result.

"Impromptu means you could be called upon at a moment's notice. I told my students there will be many times in your life you'll have to do that," said Parrish. "I know that the students that I work with and judge at these tournaments are certainly the future senators and future Supreme Court justices"
Report a correction or typo
Related topics:
politicsdurhamjudgedebateu.s. supreme court
Copyright © 2022 WTVD-TV. All Rights Reserved.
TOP STORIES
Death toll rises to 21, mostly children, in TX school shooting
Triangle activists, law enforcement react to deadly Texas shooting
Southern Baptist Convention to release list of clergy sex abusers
Uvalde school shooting: What we know about 19 kids, teacher killed
Plans revealed for new development where circular Raleigh hotel stands
A look at some of the deadliest US school shootings
Entrepreneurial Fayetteville sisters honored with Key to the City
Show More
Camp Lejeune warns people of explosives-filled beach area
Canes fall 4-1 in New York; series tied at 2
Johnston Co. dad starts Facebook group to help families find formula
Biden says 'we have to act' after Texas school shooting
1 dead, brother still missing in Cape Fear River
More TOP STORIES News