2 people at KKK protest in Hillsborough sought on weapons charges 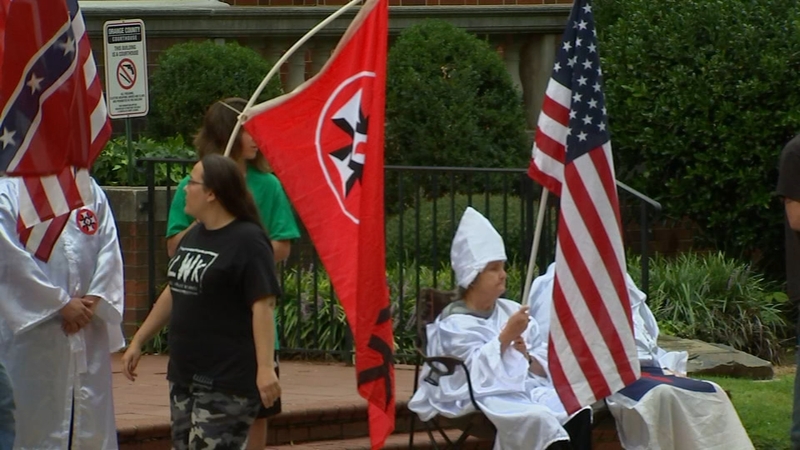 Update to KKK protest in Hillsborough

HILLSBOROUGH, N.C. (WTVD) -- Two demonstrators at a protest in Hillsborough on Saturday are wanted for weapons violations.

Officials said after demonstrators, some of which were dressed in Ku Klux Klan garb and counter-protesters gathered in front of the Hillsborough courthouse on Saturday evening, officers received reports of weapons observed among those gathering.

After viewing photos and videos taken at the event, it was discovered that two people were carrying firearms.

"If the weapons had been viewed during the demonstration, officers would have made arrests," Orange County Sheriff Charles Blackwood said. "However, reports of firearms and confirmation of same were not available at that time. Investigators have since positively identified two individuals in possession of firearms at the demonstration, and the investigation is ongoing."

Officers obtained warrants for the weapons violations and are looking to serve those warrants.

"Sheriff Blackwood and I have been in frequent communication since the event started," Hillsborough Police Chief Duane Hampton said. "Both our agencies worked together, combining our resources to manage the situation and will take follow up steps as necessary."

The gathering lasted less than an hour and no violent incidents were reported.