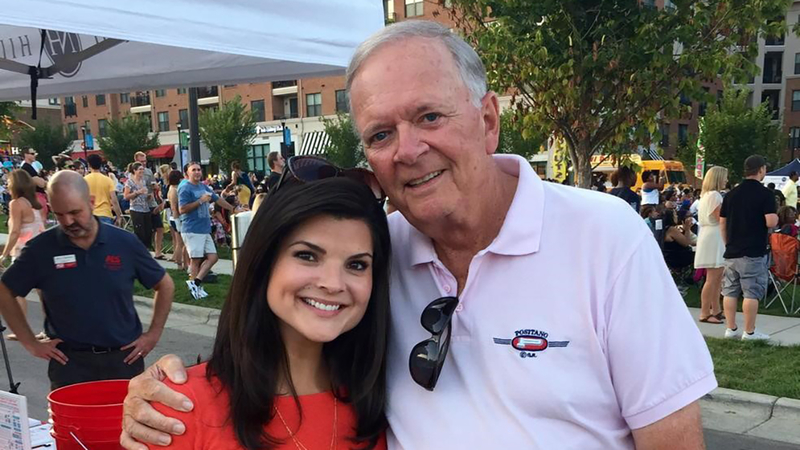 RALEIGH (WTVD) -- Many of you took part in the Ice Bucket Challenge last summer, but this year there's a new call to action from our friend and colleague Larry Stogner.

Although temperatures were in the 80s, families gathered at Midtown Park in North Hills ended up feeling chilly. They tossed buckets filled with ice and water over each other's heads, laughing and screaming as the freezing water poured down their bodies.

The viral phenomenon ALS Ice Bucket Challenge is back, but with a new mission this year. The organization is hoping to take the momentum from last summer's challenge that raised a staggering $115 million for the neurodegenerative disease, to a new goal.

"All of a sudden there was all of this funding available and hope for the first time that we could really make a difference and a treatment and a cure was actually possible," said Jerry Dawson, ALS Jim "Catfish" Hunter Chapter president.

Just days ago, researchers discovered a major breakthrough that could be a launching pad for a cure.

Using mice, scientists were able to manipulate a protein linked to the disease and help kill the cells.

Stogner is currently in his own battle with ALS and "challenged" everyone in the viewing area to support the cause.

The #IceBucketChallenge is back! @StognerABC11 invites you to come see him at @VisitNorthHills Midtown Park until 9! pic.twitter.com/A6OX0Vs1XF

"Real breakthroughs are happening on the ALS front. We just need to keep the momentum up," said Stogner. "This research is not going to save my life, but it may save someone else."

You can take part in the Ice Bucket Challenge Friday, August 28 at Midtown Park in North Hills from 7 p.m. to 9 p.m.

The challenge does not end there.

Supporters say it will continue every August until there is a cure.