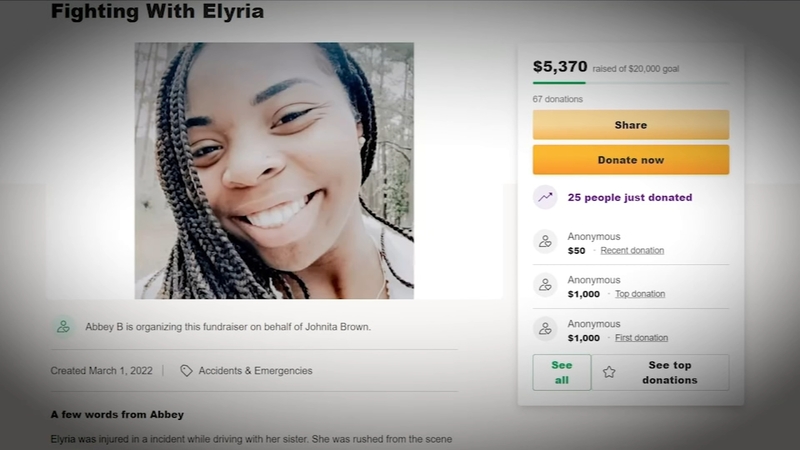 SANFORD, N.C. (WTVD) -- The Lee County Sheriff's Office continues investigating after a woman was shot in the head while sitting in her car on Jefferson Davis Highway.

The shooting happened on the morning of February 27. The victim, Elyria Hackney, 20, is being treated for her injuries in the hospital.

Investigators said she was not alone in her 2016 Kia when the shooting happened. Her 28-year-old sister Cierra Ellerby was also in the car, according to the investigation report.

A GoFundMe established for the victim says Hackney is fighting for her life in the ICU at UNC Chapel Hill Hospital. It describes her as someone who has a heart of gold and a smile that lights up any room.