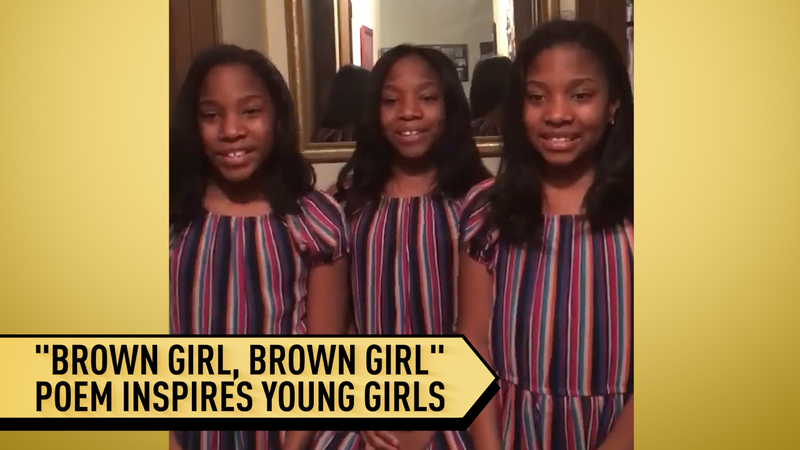 "It is a poem about possibility. You know the phrase 'You can't be it if you can't see it,' and knowing how many times Black and brown girls have achieved greatness where there was no path before them, they blazed it themselves," Honoré said.

To her surprise, the poem went viral and Leslé began receiving videos of young girls reading the poem. One video stood out the most.

"I received a video from a mother who is deaf, and her three daughters are deaf, and she sent me a video of her daughter doing it in sign language. The power of that moment... I wrote that, and to hear schoolgirls say it in class, and to know what this moment means, and to be able to capture it and honor it in any way as so humbling, but knowing that they'll be able to see themselves differently and see possibilities that we've never seen before, as a poet I can't put it into words," she said.

As a daughter of a Mexican mother and African American father, Leslé labels herself as "Blaxican" and incorporates her culture into all of her writings.

Leslé is hopeful that more representation will keep inspiring young girls and will pave the way for the next generation of leaders.

"I think one of the most important things that women can do for each other is never to walk in a room alone. To put a foot in the door, a hip in the door or bust it wide open for someone to come in behind you. What our new Vice President said is that her mother told her she may be the first but to make sure she wasn't the last, that's what this is supposed to be about," says Honoré.