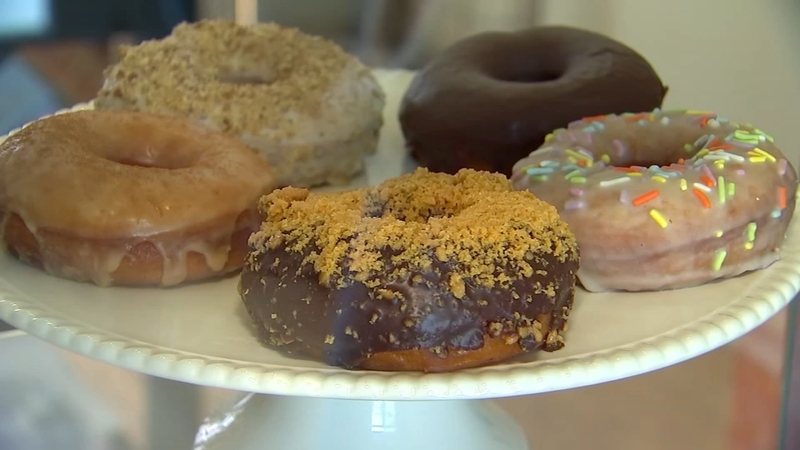 Tonya Gammon said she started experimenting with making fried vegan doughnuts when she couldn't find one anywhere in the Triangle. She added, "They are very difficult to make. They are a yeast product. I just looked at a bunch of recipes and figured out how to make a doughnut."

"We were doing preorders and pickups, and kept growing," she said.

Lousy Hunters Doughnuts just kept growing and they wanted to find a commercial location to sell their vegan doughnuts and buy commercial equipment. Tonya and her husband Joshua Baldwin started a GoFundMe to help with those expenses.

"It was really for ingredients and lots of equipment. We were using a small mixer, no proofer, we were doing everything by hand," Joshua said.

The GoFundMe took off, and they met their goal of $3,000. However, when they tried to get their money, their account was put on hold and not just for one day, but several days. Tonya says they sent several emails to GoFundMe to find out about the hold on their account but didn't get any answers. The couple was worried as they had a commercial space lined up, but couldn't act until they had their GoFundMe money.

"We need to sign a lease, and we need this money. Someone said this looks like a job for Diane Wilson at ABC," Joshua said.

I got on the case and got in touch with GoFundMe and Tonya and Josh got their money.

"I'm just so thankful for you, thank you so much. Time to make the doughnuts," Tonya said.

Their vegan doughnuts are now easier to make thanks to the donations to their GoFundMe from their customers.

Lousy Hunters Doughnuts also found a home in Raleigh's historic Oakwood neighborhood. You can find their vegan delights along with Anisette Sweet Shop and Sustain Market in the Little Shop Sweets at 222 N. Bloodworth St.