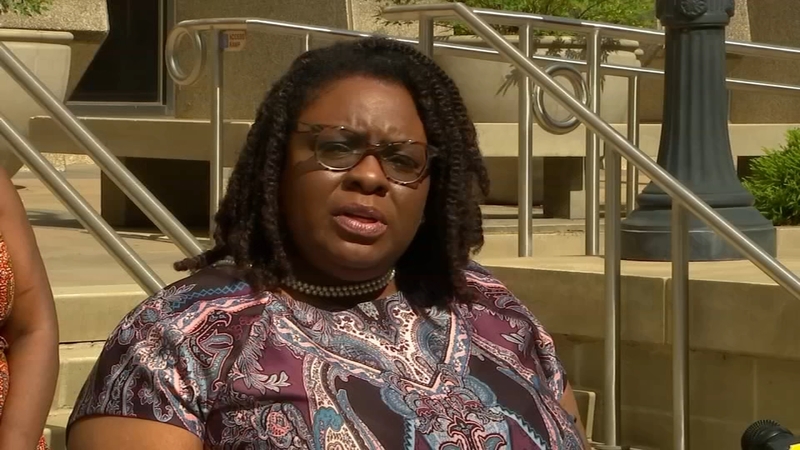 Zariel Balogun told ABC11 she had just finished loading groceries in her car and starting leaving BJ's parking lot when an incident happened at a four-way stop.

She told a 911 operator that she went when it was her time to go, but a truck started going at the same time. She honked her horn. The guys in the truck started screaming at her and driving up next to her.

She said they followed her to a stoplight on Capital Boulevard and escalated the road rage situation by pointing a gun out their window at her and her 15-year-old daughter.

"He pointed (the gun) at me and my 15-year-old daughter that was in the passenger side seat, and I told him to put his gun away cause he wasn't going to shoot anyone. When I said that, it kind of made him mad. He started saying 'Oh they're not scared of guns. They're ghetto, black b****s. He immediately turned his hat around and said 'This is exactly why we need to Make America Great Again because of these ghetto black b****s,'" Balogun recalled.

"It was unnecessary," she said. "It's an intimidation tactic and it's being done on a regular basis."