Maria Butina's lawyers ask for leniency ahead of sentencing 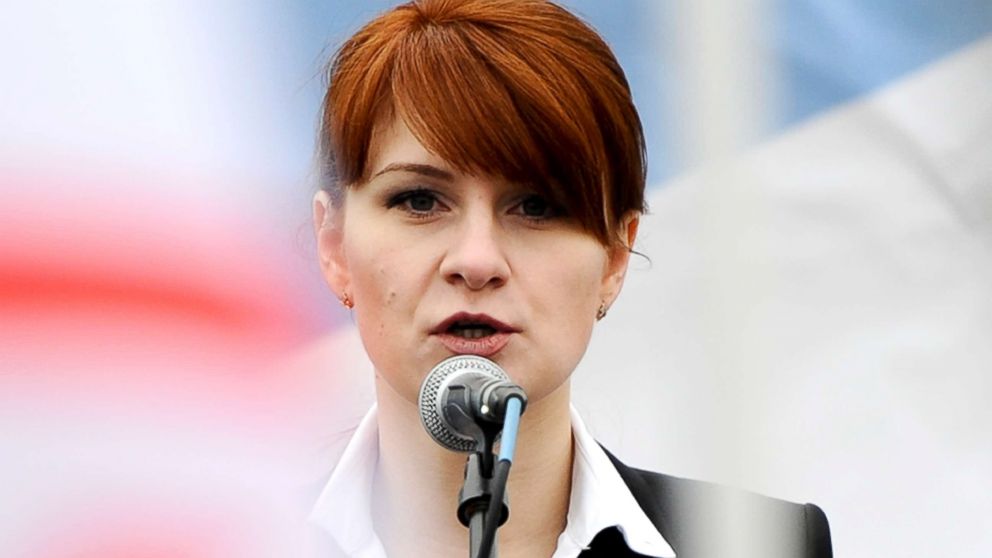 Federal prosecutors claim Maria Butina conspired to act as a foreign agent who sought to create a backchannel between American power players and Russia. But letters from her family and friends paint her in a far different light -- as an empathetic and hard-working honors student whose only crime was her curiosity.

"I am confident that the manner in which she was raised by our family and myself would not have permitted Maria to commit any unlawful acts," Butina's grandmother wrote in one letter, attributing any missteps to ignorance or "youthful naivety."

The letters were submitted by Butina's defense team as part of a sentencing memorandum. Prosecutors have recommended that she be sentenced to 18 months behind bars, but her attorneys say that a sentence of time served is adequate.

Butina's sentencing hearing is scheduled for April 26th. Judge Tanya Chutkan invited Butina to speak to her before then, but Driscoll did not confirm whether or not his client would do so. Butina will likely be deported back to Russia when she is released from prison.

"Although Maria has committed a serious offense, just punishment does not require additional incarceration," Butina's lawyers wrote in the sentencing memo, describing her as a "devoted daughter, genuine idealist, and compassionate civil activist."

Butina, a 30-year-old Russian gun rights activist, was arrested last July in Washington, DC on charges of conspiracy and failure to register as a foreign agent. Although she originally maintained that she was innocent, she signed onto a plea agreement in December of 2018, agreeing to plead guilty to one count of conspiracy to act as an agent of a foreign official.

In their own sentencing memo, prosecutors contend that the defense is downplaying the severity of Butina's actions, writing that "while Butina was in the United States claiming merely to be a student, she was spending much of her time devoted to another purpose -- advancing the interests of the Russian Federation."

The filing claims that while Butina was not a trained spy, she was working to build a "rolodex" of information "about powerful people who had, or were likely to get, access to and influence over the next presidential administration."

"The types of services the defendant provided to the Russian Federation are specifically of the type that Russia would seek to use against the United States," prosecutors wrote. "Such operations can cause great damage to our national security by giving covert agents access to our country and powerful individuals who can influence its direction."

In their accounts submitted to the court, Butina's family members in Russia said her detention in the U.S. has caused them extreme distress. Her grandmother wrote that she knew something happened to her granddaughter last summer when the iPad they used to communicate on an almost daily basis "un-customarily fell silent." Butina's younger sister wrote that she has been experiencing anxiety attacks, and said she has to work a minimum of 12 hours a day in order to afford to communicate by phone with her incarcerated sister.

Butina admitted in a statement of offense to undertaking a diplomacy project meant to strengthen the relationship between the U.S. and Russia. Although Butina said that her plans were supported in concept by a Russian official, she said she did not receive any financial backing from Russia. However, prosecutors said Butina was aware that the official was reporting some information about her work in the U.S. wider within Russian government.

Throughout the case, Butina's links to the National Rifle Association (NRA) have been the subject of scrutiny. She has denied infiltrating or funneling money from Russia to the organization, but prosecutors said she purposefully targeted the group in an attempt to further her goal of establishing a back channel of communication to the Kremlin.

As part of her plea deal, Butina agreed to cooperate with authorities in ongoing investigations. Prosecutors said that she has provided "substantial assistance," and that they have detailed her contributions to the court in a sealed filing.

Butina's attorney, Robert Driscoll, confirmed to ABC News that she was interviewed by Special Counsel Robert Mueller's team in the late stages of their investigation into Russian election meddling. Driscoll characterized the interview as short and not substantial.

"There is no assertion that she stole confidential information, bribed an official, funneled money to the NRA, ran a Russian troll farm on social media, made illegal campaign contributions, lied to investigators, acted covertly, engaged in subversive activities, had ill will, or undertook any independently criminal act in the United States for some spy-game or Cold War related goal," Butina's attorneys wrote in a sentencing memorandum to the case judge.