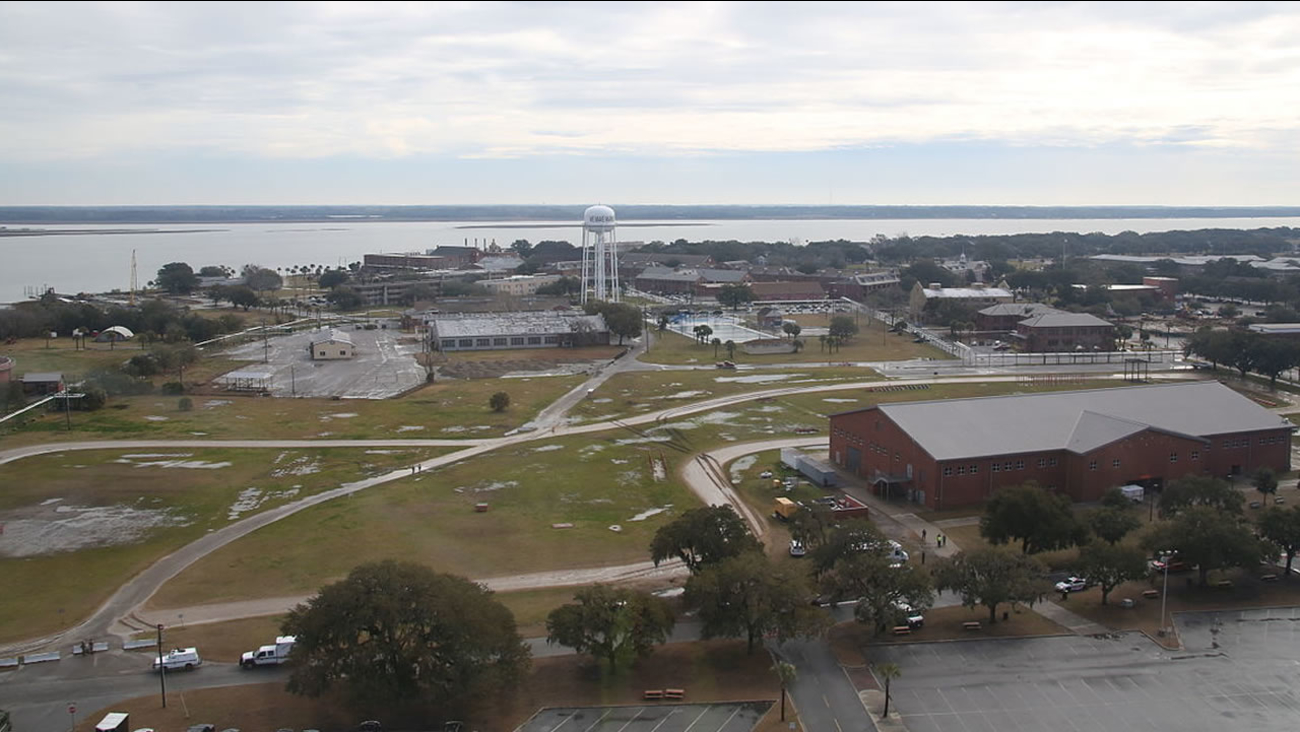 RALEIGH, N.C. (WTVD) -- A Marine Corps drill instructor was sentenced Friday to 10 years in prison for choking, punching or otherwise tormenting recruits, especially three Muslims - one of whom ultimately killed himself by leaping down a stairwell.

A military jury handed out the punishment to Gunnery Sgt. Joseph Felix a day after convicting him of abusing more than a dozen trainees at the Marine Corps boot camp at Parris Island, South Carolina.

Among other things, he taunted the Muslims as "terrorists" or "ISIS" and ordered two of them to climb into a clothes dryer, spinning one of them around until he renounced his faith, the jury decided.

Felix, a 34-year-old Iraq veteran, was also ordered to forfeit pay, demoted to private and given a dishonorable discharge.

Felix was a central figure in what was found to be a group of abusive drill instructors at Parris Island. After the March 2016 suicide of one of the Muslims, a hazing investigation led to charges against Felix, five other drill instructors and the training battalion's commanding officer. Eleven others faced lesser discipline.

The charges against Felix included commanding recruits to choke each other; ordering them to drink chocolate milk and then training them until they vomited; and punching recruits in the face or kicking them to the ground.

"He wasn't making Marines. He was breaking Marines," prosecutor Lt. Col. John Norman told the jury on Wednesday. He called Felix a bully who heaped special abuse on three Muslim recruits because of their faith.

One of them, Raheel Siddiqui, hurled himself to his death after Felix barked at and slapped the 20-year-old Pakistani-American from Taylor, Michigan. Siddiqui's family sued the Marine Corps last month for $100 million.

The government did not charge Felix with any crime directly related to Siddiqui's death. The judge, Lt. Col. Michael Libretto, did not allow testimony about whether Felix's actions were responsible for the recruit's death.

Felix was convicted of ordering Lance Cpl. Ameer Bourmeche into a dryer, which then was turned on as Felix demanded he renounce his faith. Bourmeche testified that he twice affirmed his faith and Felix and another drill instructor twice sent him for a bruising, scorching tumble inside the dryer.

After a third spin, Bourmeche said, he feared for his life and renounced his religion. The drill instructors then let him out, he said.

Felix also was convicted of ordering Rekan Hawez, a native of Iraqi Kurdistan, to climb into the dryer. The machine was never turned on.

The jury decided Felix also roused nearly two dozen recruits from their sleep, ordered them to lie on the floor, and then walked on their bodies along with two other drill instructors.

Felix was found guilty as well of ordering Bourmeche to simulate chopping off the head of a fellow Marine while reciting "God is great" in Arabic.

The trial showed that the Marines have drawn lines for what drill instructors can and cannot do to recruits, said Michael Hanzel, a former Navy attorney who attended the proceedings, held at Camp Lejeune, North Carolina.

Hanzel, now a private attorney specializing in military law, said changing times have made it less acceptable to target people based on their religion

"I don't think anyone would say that was acceptable ever, but it probably was not prosecuted in the past the way it would be now," he said.

ABC11 has decided to slowly reduce the number of stories on the website that have a comments section. We believe very strongly that our audience should have an opportunity to discuss and debate events in our world, however, we have not been able to moderate the comments as well as we would like. Instead of hosting a platform that could allow a few loud and ugly voices to dominate a conversation, we want to encourage everyone to join us on our social media platforms and speak out there. Facebook: facebook.com/ABC11 Twitter: twitter.com/ABC11_WTVD
Report a correction or typo
Related topics:
nccamp lejeunesentencingu.s. & worldnorth carolina newsmarines
Copyright © 2022 WTVD-TV. All Rights Reserved.
TOP STORIES
More than 200 soldiers return to Fort Bragg after deployment
Hickory man dies after drowning in Oak Island
6 people including 2 children shot on violent night in Clinton
'Ghost genes' from coyotes could help save red wolves, study says
Hospital admissions more than triple around July 4th holiday
Jayland Walker was unarmed when 8 Ohio officers opened fire on him
Vehicle crashes into Hope Mills apartment building
Show More
Investigation underway after woman shot in Raleigh
ABC11 to present Raleigh's July 4th fireworks show at Dix Park
Filipino American Performing Artists of NC hosts free workshop
3 dead, 3 critically wounded in Copenhagen shopping mall shooting
Liz Cheney believes prosecuting Trump for Jan. 6 is necessary
More TOP STORIES News