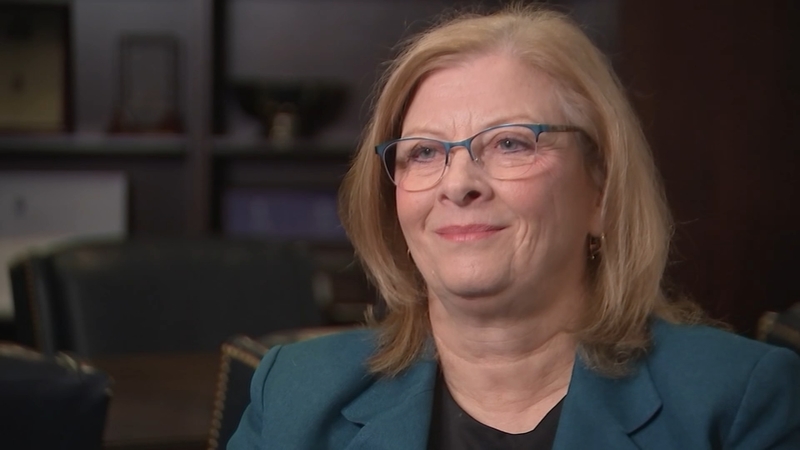 EMBED <>More Videos
RALEIGH, N.C. (WTVD) -- With less than a week to go before she gavels in her final city council meeting as Raleigh's mayor, Nancy McFarlane has three moving boxes sitting atop the filing cabinet in her office at city hall; the local artwork hanging on the walls will stay until the last possible minute.

"Every piece means something to me - that's Fayetteville Street and that's Dan Nelson," McFarlane said, pointing to the large canvas above her desk depicting a warm, sunny day on downtown Raleigh's main thoroughfare. "And that's Bob Rankin."

Raleigh's 35th mayor announced in March of this year that she would not seek a fifth term in office.

"I'm ready to sleep in a little and hang out with my grandchildren," she said with a laugh.

When asked to list her top achievements during her 12 years in public service, eight of those as mayor, McFarlane doesn't hesitate to put Dix Park at the very top.

"I'm probably gonna leave here and walk over to the (Dorothea Dix Park) Conservancy," she said. "I want to still be involved any way I can."

McFarlane was a key player in landing a lease deal with the Perdue administration for the former state mental hospital property, which state lawmakers quickly shut down; eventually, in 2015, negotiating with the McCrory administration to buy the 308 acres outright for $52 million to turn it into a destination park.

She said it's unclear right now whether she'll serve as a volunteer or on the board of the Dix Park Conservancy, but she wants to stay close.

McFarlane also puts investing in transit and affordable housing initiatives at the top of her list of achievements, with an emphasis on transit.

"If you can get where you need to go, whether it's a job or school or work or the doctor or the grocery store and you don't have the expense of a car that is huge in - I think of it as housing affordability," she said. "It's not just the price of your unit or your rent or your mortgage, it's all those other expenses that go together."

During her recent State of the City address, delivered in the new Raleigh Union Station, McFarlane talked about the challenges that come with Raleigh's rapid growth, saying, "it's not neighborhoods versus developers."

"We need to figure out together what we want Raleigh to be, what we want it to look like, because if you're spending all your time fighting, stuff is gonna get built anyway and it's so much better to plan together," she said.

The toxic state of the city council was a top issue in the 2019 mayoral election, which saw McFarlane's longtime city council colleague Mary-Ann Baldwin named as her successor.

McFarlane has not held back when talking about the effects of social media insults and council members calling one another out by name.

"It's one thing when the citizens are upset and say whatever, but when the council starts doing it to each other, then that's bad," she said. "We really set the tone for the city. We do. And I think it's really important that we're professional and we act that way."

McFarlane said she was excited for the new city council taking over Dec. 2.

"The good thing about them is they're all very excited for the future and for looking at Raleigh, not just now, where we are now, but where are we gonna be in 30 years because that's critically important," she said.

As for her legacy, she hopes the City of Oaks will remember this: "I'm a strong believer in things that build community," she said, listing off once more Dix Park, the arts, and Raleigh Union Station as places and reasons to gather. "The things that are really important for me are the things that brought Raleigh together and helped Raleigh be a stronger community."