Fate of cancer-stricken boy may lie in Medicaid's hands 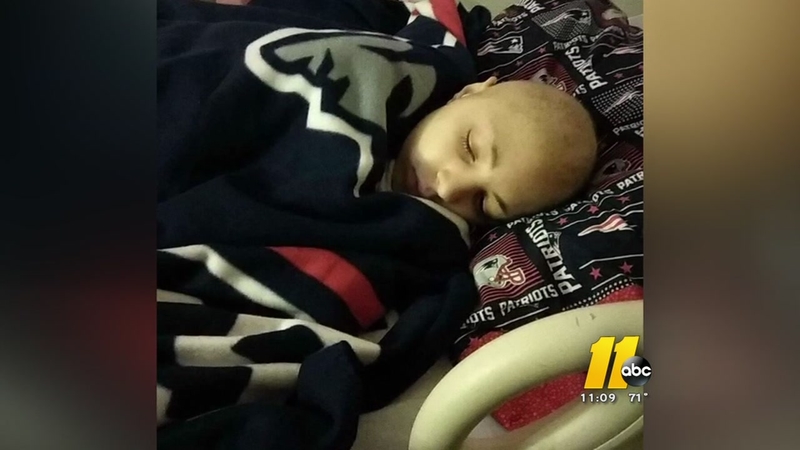 DURHAM (WTVD) -- A Wake Forest family is holding out hope the state will reverse its decision to deny their 13-year-old son a potentially life-saving medical treatment.

Hunter's mom, Tiffany Pietrowski, took the family's battle to Facebook right after she received the news from doctors at Duke Children's Hospital that the state Medicaid office was refusing to cover Hunter's treatment.

Mother of this Wake Forest teen holding out hope state reverses decision to deny him a potentially life-saving brain cancer treatment. At 11 pic.twitter.com/sMmY03OgDq

"This cute little boy right here -- his life is worth it. His life is worth the cost of the stem cells," Tiffany said in the video post she recorded with Hunter in his hospital bed.

Hunter was diagnosed in June with Medulloblastoma.

Doctors successfully removed a golf-ball-sized tumor from his brain. But the cancer was so aggressive-- it had already spread to Hunter's spine.

"We arrive here yesterday afternoon for his first round of chemotherapy and we were notified that Medicaid is not currently going to cover his stem cell recovery," said Hunter's dad, Adam Pietrowski.

But Hunter's doctors tell her that without the stem cells, the boy's success rate drops from 70 percent to 30 percent.

"It's got to be all or none," Adam Pietrowski said. "You can't do half of the treatment and not do the other half. You've got to do the whole thing for it to work."

ABC11 was unable to reach representatives at the state Medicaid office because of the late hour. We wanted to know exactly why the treatment is not covered. And how much Medicaid would have to pay for it.

Meantime, Hunter's parents are reaching out to state lawmakers for help. And at the same time, they're comforting their son -- hoping for a change of heart.