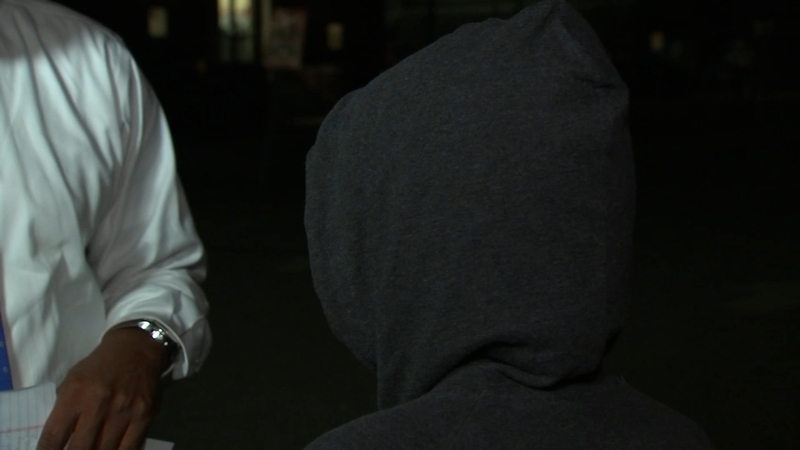 SPRING HOPE, N.C. (WTVD) -- While Kimberly Hancock sat behind bars Friday night at the Nash County Jail - we were outside the facility talking to the woman who passed along the tip to police that put the accused killer in jail.

It's not the first crime this Facebook crime-stopper helped solve, but it's the first missing person case.

"It makes me feel good that I can help close a lot of these cases," said the woman who founded the Fighting Crime Facebook page. Despite the page's success this week in helping to crack one of the county's oldest cold cases, the page's creator has no interest in becoming a public face. She asked that we withhold her name from this story.

"It makes me feel good that I can kind of be that liaison between the police and the citizens," she said.

The big clue to the 2004 disappearance of Deborah Deans came from a tip to the woman's now 6-year old Facebook page where she posts pictures of local missing persons, wanted posters and solicits anonymous tips from the public. She's had success in cracking cases. But Deans' disappearance had stumped investigators for 15 years.

"(The tip came in) an email, she said. "And it was pretty detailed information," she said, unwilling to share exactly what the email said. "I can't say what it actually said. But it was pretty in-depth."

After passing the information along to Nash County investigators, the tip led them right to the suspected remains of Deborah Deans, the 29-year old mother of four; she was found buried in a shallow grave behind a home on Wiley Road in Spring Hope.

The information also led to Hancock's arrest. The 49-year-old was arraigned Friday morning for first-degree murder at the Nash County Courthouse.

Deans and Hancock were sisters-in-law for a time and briefly lived together in that home on Wiley Road.

"We do not solve these cold cases without the solicitation of the public," said Nash Sheriff Keith Stone, Thursday, who called out the Fighting Crime Facebook page by name - grateful for the public's help. "And that's the reason I want to urge people, if you see something or know something, put it out there. Let us know through any of the news outlets and we'll work these cases," Stone said.

The page's creator says she does see herself as an extension of law enforcement or citizen detective. "I feel like I'm doing my civic duty," she said. "Just happy that the family gets closure. But I was also sad that it's now gonna open up wounds that they probably didn't want open."