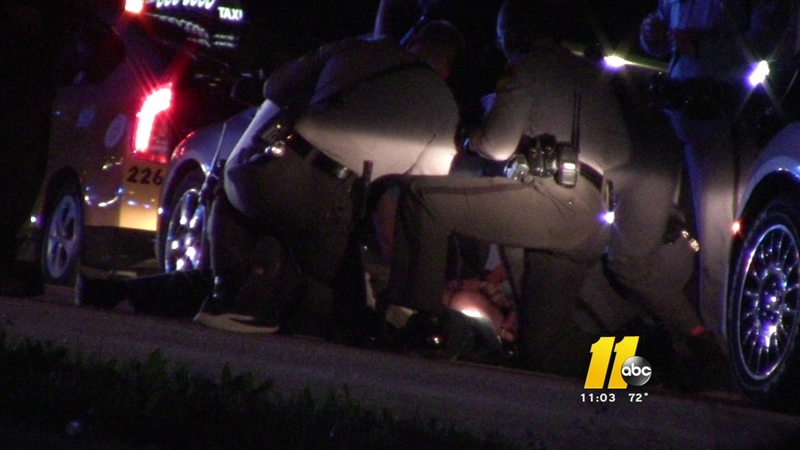 RALEIGH, NC (WTVD) -- 911 tapes released Monday are shedding new light about an incident involving a Raleigh man at the center of a controversial arrest. 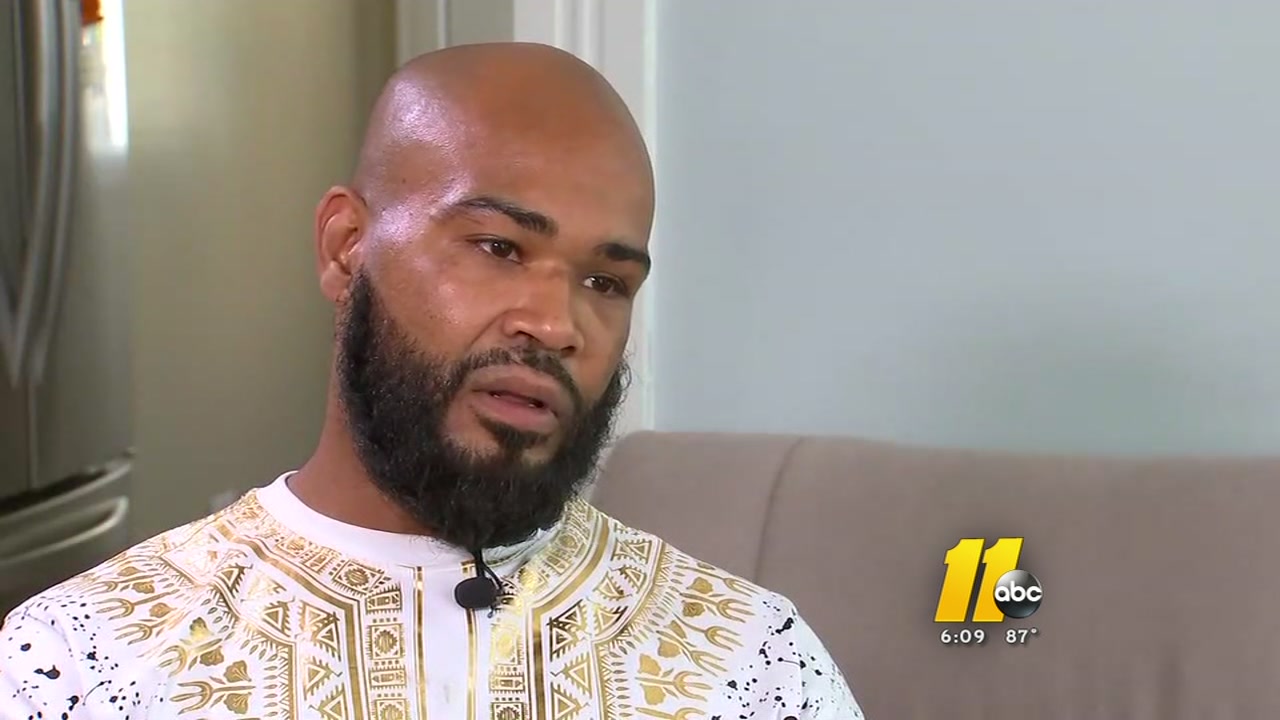 Kyron Hinton was cited Sunday for misdemeanor assault on a government officer
A Raleigh man at the center of an arrest that gained attention after the law enforcement officers involved were charged in the case has been cited for an alleged assault on an officer.

The tapes also provide a picture of the mental health of Kyron Hinton.

Sunday morning, the Wake County Sheriff's Office cited Hinton with misdemeanor assault on a government official. Hinton is the same man who was seen beaten and attacked by a K9 officer in a police video from April 3. That incident led to the indictment of three law enforcement officers for felony assault.

That night in April, Hinton was intoxicated and yelling incomprehensibly in the middle of Raleigh Boulevard.

In an interview with ABC11 last week, we asked Hinton to explain why he was in the middle of the street that night.

"I wouldn't want to speak on that right now," Hinton said.

Thirty-six hours after we spoke to Hinton, he was at his mother's house dialing 911; reporting shots fired in their Wake County neighborhood.

Hinton: "I need somebody to come immediately. Somebody's been shot."

Dispatcher: "Did you hear a gunshot? I need you to tell me exactly what happened."

Hinton: "They are still out here. Can you please come out."

Vickie Hinton: "I need to get my son home. He feels like someone wants to hurt him."

Dispatcher: "He feels like someone wants to hurt him?"

Dispatcher: "Is he there?"

Hinton's advocates, Diana Powell and Kimberly Muktarian are trying to make sense of the chaotic 911 calls.

At one point in the tapes Hinton and his mother are on the phone with 911 at the same time.

Dispatcher: "He's telling us that somebody's been shot."

Vickie Hinton: "I don't know about that. He's saying that but I don't know. I just got here, sir."

At one point in the call, a neighborhood dog can be heard barking. And with the arrival of deputies, Muktarian believes Hinton was overcome with post-traumatic stress tied to the April 3 beating and K9 attack.

"Absolutely, his mother even mentioned it. His mother said he began to fall apart when he heard the dogs bark," Muktarian said.

The Wake County Sheriff's Office did not respond to ABC11's requests Monday for an interview regarding the weekend arrest.

Hinton was cited Sunday for misdemeanor assault for allegedly kicking a deputy during the ordeal at his mother's home.