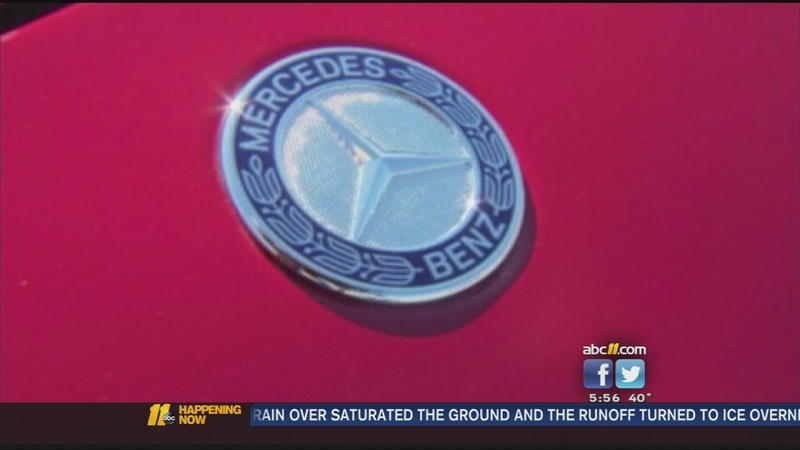 RALEIGH (WTVD) -- There are new details about the push to convince Mercedes Benz to move its American headquarters to the Triangle.

The company is considering making a move from New Jersey to either the Atlanta area or Research Triangle Park.

No one from our state will confirm a move, which would put the company closer to its assembly plant in Alabama. Analysts said would be a windfall for the North Carolina.

"There's no downside to this," said N.C. State Economics Professor Mike Walden. "[It] brings money in. Brings new employees, presumably there's going to be some relocation. And there's always going to be a spin-off effect. Rule of thumb is, somewhere between 10 and 30 additional workers for every hundred workers at the headquarters."

Walden said the fact Mercedes is talking about moving its headquarters is significant.

"Having a headquarters here really adds status to the area. Headquarters really is an echelon different than other businesses and certainly with Mercedes and their worldwide reputation, to say the headquarters is in the Triangle is a big selling point for this area," said Walden.

Georgia has reportedly offered Mercedes between $40 and $50 million to set up shop in Atlanta. North Carolina officials won't comment on details of any potential deal.

"They're not going to make a move unless there is a positive net benefit," said Walden. "So there will be benefits and costs of incentives and we want the difference there to be positive. That's what the state looks for."

Still, finding incentive money could be a problem for the state. The $22.5 million that the Department of Commerce had budgeted for two years of incentives awards is out of money until June. The legislature can change that but doesn't come back into session until mid-January. Gov. Pat McCrory can call lawmakers back for a special session but hasn't yet.

Walden's hope is that Mercedes moves more than its headquarters to North Carolina.

"We've never had an assembly plant here before," he said. "[Assembly work] pays very good wages, number one. Number two, it will probably go to a rural area because it will need so much land. Number three, it would create a lot of downstream jobs because we have a large auto parts component, especially in the Charlotte area. Usually these things come in groups, so if you get one you get the other pieces and that could be good for our economy."

Walden and other observers expect Mercedes to make some announcement by early spring, perhaps as early as the end of January.