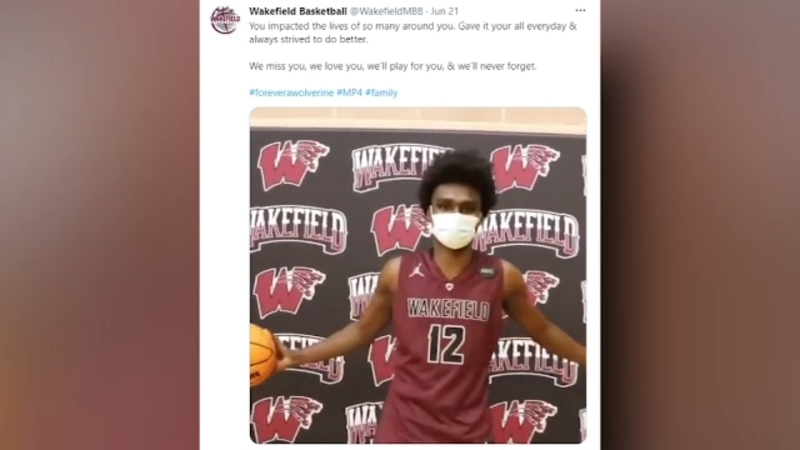 GARNER, N.C. (WTVD) -- Three people have been arrested and one remains at-large in the case of the deadly shooting of a Wakefield High School basketball player.

Messiah Pitt, 17, was shot and killed while leaving a graduation party June 19 on Claymore Drive in Garner.

Garner Police Department said Pitt was one of many young people leaving the party when the shots were fired. Investigators do not believe Pitt was the intended target.

All four of the men are from Durham.

Massey was arrested in Maryland. Nelums was arrested in Durham. Anyone with information about the whereabouts of Blue is asked to call 911 or leave an anonymous tip at GPDtips@garnernc.gov.

"Our investigators have worked around the clock since June 19th to identify and apprehend the persons responsible for the senseless shooting death of Messiah Pitt. Although many questions remain, we hope the arrests will provide some closure for the victim's family, friends, and the community," Garner Police Department Lieutenant Mike McIver said in a statement.
Report a correction or typo
Related topics:
garnerdurhamwake countyarrestdeadly shootingmurderfatal shootingshooting
Copyright © 2021 WTVD-TV. All Rights Reserved.
TOP STORIES
What are your chances of being exposed to COVID-19 at an event?
'My Name is Pauli Murray': A Durham-made icon gets her due on film
Faith Hedgepeth's dad watches as accused killer appears in court
Family, Tribal members react to arrest in Hedgepeth case
4th arrest made in shooting that injured 9-year-old Robeson Co. girl
Robert Durst found guilty in murder of Susan Berman
Show More
FDA panel backs COVID-19 boosters only for elderly, high-risk
Labor crunch could put damper on your holiday plans
Panel of judges rule 2018 Voter ID law unconstitutional
Army doctor who killed wife, daughters at Fort Bragg denied release
Man killed at Raleigh club was shot by security guard, police say
More TOP STORIES News