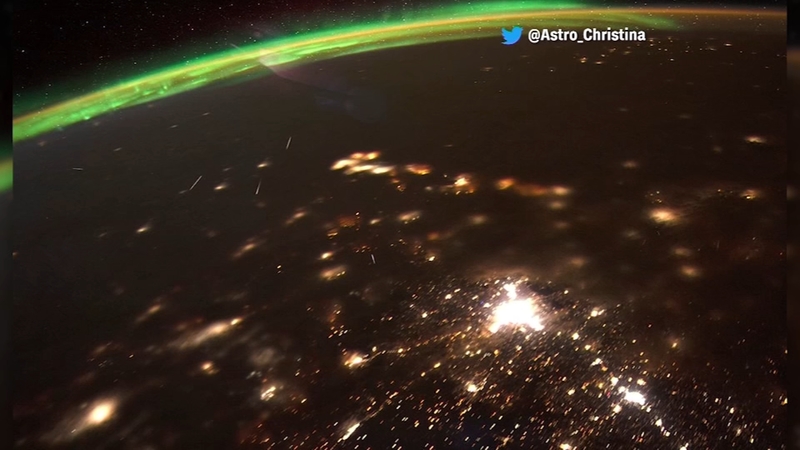 The picture has received thousands of likes on Twitter.

Can you see shooting starts from space? Turns out, yes! The first meteor shower of the decade and we were lucky enough to catch it from the @Space_Station along with the northern lights. This is a composite image of a few of the #quadrantids as they blazed into the atmosphere. pic.twitter.com/ETdMRK1d86

Koch's composite image shows some of the shooting stars as they streak into the atmosphere. The image also catches the green bands of the Aurora Borealis, or Northern Lights, which is a naturally occurring light display caused by solar wind.

Koch's time in space has been record-setting. In December, she broke the record for longest single spaceflight by a woman. In October, she was part of the first all-female spacewalk.

She is scheduled to remain in space for about 11 months, falling just shy of the world record of 15 months held by a Russian cosmonaut.