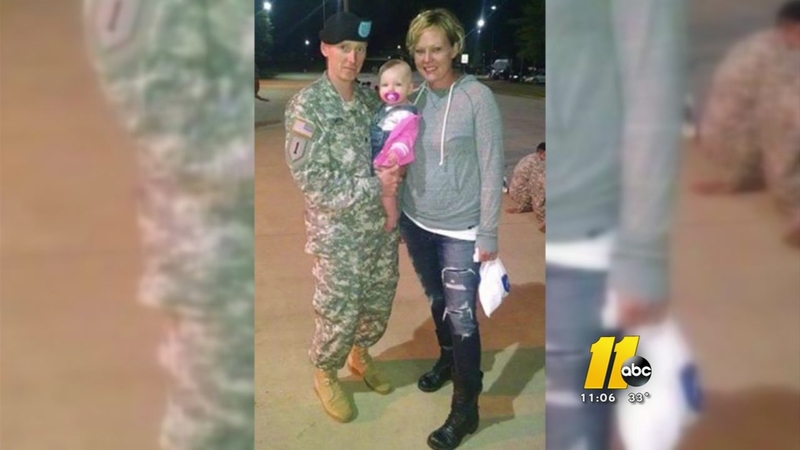 FAYETTEVILLE, North Carolina (WTVD) -- As soldiers continue their missions overseas, their families often ring in the holidays without them home.

For the Smith family, Christmas means tons of gifts and unwrapped presents sprawled throughout their living room. It also means dressing up with 3-year-old Wesleigh Jane. She dresses up with the many gifts Santa brought.

"She got a couple of different princess dresses and the whole box set with high heels and tiaras," said Suzi Smith.

Santa delivered everything on Wesleigh's wish list this year except for her hero, her daddy.

Sgt. Seth Smith is overseas in Afghanistan. He's an infantry paratrooper serving in one of the 82nd Airborne Division's brigade combat teams.

On Christmas morning, he and his wife set up a time to Skype so he could watch his little princess as she opened up gifts.

"I called him before I even went into her bedroom," said Smith. "She had just gotten out of bed so I showed her my phone. I said, 'Look, Wesleigh, it's dad.' and she goes, 'Merry Christmas, dad.' She asks where he is. When will he be back? Why hasn't he come home yet?"

It's not the first Christmas that Sgt. Smith has spent away, but its the first little Wesleigh can remember. He spent Christmas in Iraq two years ago.

His wife Suzi is a former soldier herself. She's admitted it can be difficult without him especially around the holidays, but she understands.

In the meantime, she's anxiously awaiting his return. Smith misses her other half, but she's proud of what he's doing for our country.