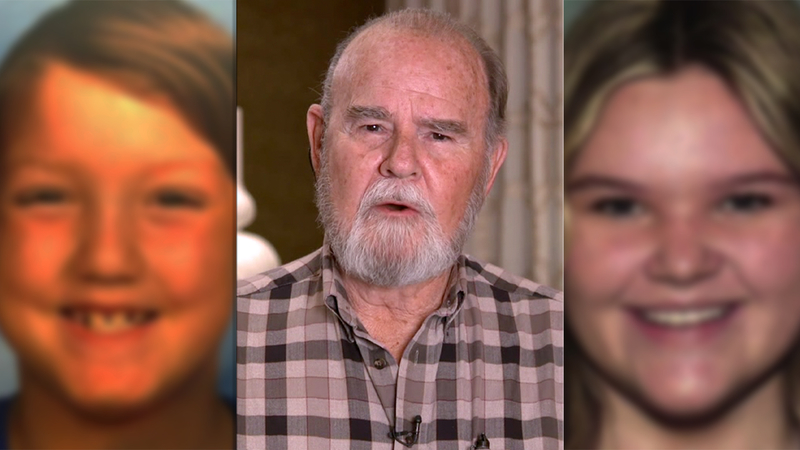 NEW YORK -- The grandfather of one of the two Idaho children who went missing in September is speaking out days after the siblings' mother was found in Hawaii with her new husband.

"I don't know who that person is anymore," Larry Woodcock told Good Morning America Thursday in reference to the children's mother Lori Vallow. "I don't understand how you lose the love for one of the most kindest young man. He's seven years old, but he's my little man."

On Saturday, Kauai police pulled over Lori Vallow and husband Chad Daybell near a beachside resort, but authorities said there's no sign that the missing children ever made it to Hawaii.

They also served Vallow with a court order from Idaho, directing her to bring her kids to the Idaho Department of Health and Welfare by Thursday or face legal action. Still, neither Lori Vallow nor Chad Daybell have been charged or arrested in connection with the matter, police said.

Woodcock said he wants to believe he will see the children, normal and healthy, on Thursday but does not think Lori Vallow will show up. He has even offered a $20,000 reward for information leading to the kids.

"I know Lori well enough now in the last year, obviously I've known her for 13 years ... Do I honestly believe she'll bring them and do as the warrant said, you know, about producing the children on this day? I'd be very surprised if she did," he said. "Nothing with Lori right now makes sense."

Larry's wife Kay Woodcock's brother, Charles Vallow, adopted JJ when he was a baby. Charles and his then-wife, Lori Vallow, also raised Lori's daughter from a previous relationship at their home in suburban Phoenix.

The Woodcocks, who live in Lake Charles, Louisiana, visited their grandson often and shared frequent phone calls and video chats when they couldn't be there in person.

Woodcock had previously said Lori kept the children's best interests at heart but said that started to change when Lori began her relationship with Daybell, an author of several religious-themed fiction books about prophecies and the end of the world.

According to court documents, Charles Vallow said Lori started to believe she was a "translated being" and "a god assigned to carry out the work of the 144,000 at Christ's second coming in July 2020."

"Those children would be with her, and ever since she's been involved in his doomsday cult, that is not the same Lori that we knew for 13 years, and the last year has been not understandable," Larry Woodcock said. "We just don't understand how any mother could walk away from her children for months now."

Charles Vallow had filed for divorce but before it was finalized, he was shot and killed by Alex Cox, Lori's brother, in an altercation at their home in Phoenix. At the time, Cox said the shooting was in self-defense, but the case remains under investigation. In December, Cox also died of unknown causes, and police in Arizona are still waiting for toxicology test results in his death investigation.

Lori Vallow moved to eastern Idaho with the kids about a month after Charles Vallow's death. Extended family members grew concerned as their contact with the kids tapered and then stopped completely, and police in Rexburg, Idaho, said the children were last seen in late September, though Vallow never reported them missing.

Meanwhile, investigators just one county away were also digging into a mystery. Daybell's last wife, Tammy Daybell, died of what her obituary said was natural causes on Oct. 19. Chad Daybell married Vallow about two weeks later.

Investigators said the couple claimed JJ and Tylee were visiting relatives in Arizona. After discovering the lie, investigators returned to the home the next day - only to find Lori and Chad had left town.

Kay Woodcock said Lori acted strangely when she told the family about Charles' death, not mentioning the cause. A relative had to search Charles' name online to find out he had been shot.

"We knew it was a murder, we knew Charles' death wasn't a justifiable homicide," Kay Woodcock said. "It was like they set him up."

Note: Vallow and Daybell had associated themselves with the Church of Jesus Christ of Latter-day Saints, but spokesman Eric Hawkins declined to comment, saying the case doesn't involve the faith.