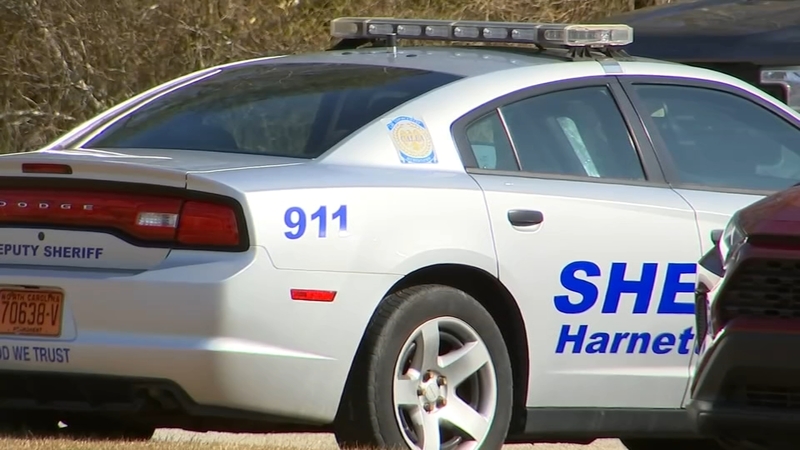 LILLINGTON, N.C. (WTVD) -- Tuesday, the US Marshals Service, with the assistance of the Harnett County Sheriff's Office, Fayetteville Police Department, and ATF, helped close a years-long cold case of a missing mother and daughter.

"I told the group yesterday was a good day. A lot of times these cases end in tragedy, or you don't find them, or they end up being deceased, and yesterday to be able to say that she's alive, and she's well, and we got her and now she's being taken care of, that's a win for us every day," said Michael East, US Marshal for the Eastern District of North Carolina.

Amber Weber and her daughter Miracle had last been seen in the 1200 block of Martindale Drive in Fayetteville in early December 2016, though it wasn't until late January 2017 that they were declared missing. At the time, Weber was 21 years old, and Miracle was 1 year old. In February 2021, the Fayetteville Police Department requested the assistance of the US Marshals Service in Raleigh in locating Weber and Miracle.

"It can be extremely frustrating. When you have a missing person, it's one thing but when you elevate that to a missing child, and most of the deputies are parents themselves, so it kind of takes on a whole new meaning when you're trying to find a child. So, over the years several leads would not pan out obviously and they just kept at it. The public is a big help in this, giving leads and other agencies were generating leads. It got to a point where we could all sit down and say, 'what have you heard' and 'what has your agency heard' and that sort of thing. And then we just decide, 'okay, we think this is our best location, when's the best time, how can we make an approach," East explained.

In this case, the key revolved around 59-year-old Joe Smith, whom authorities learned may be associated with Weber and her daughter.

"Pretty much when we got the information that led to the charge that ATF was able to pull on Joe Smith, that was pretty much the impetus that drove everything forward," said East.

At the scene, the ATF arrested Smith for possession of a firearm by a convicted felon. While there, they located Weber, Miracle, and a second child, identified as a sibling of Miracle's, but whose name and age has not been released at this time. East said the three appeared to be in good health and did not require immediate medical attention, with the Harnett County Department of Social Services providing assistance.

Authorities seized four firearms from the residence on Lemon Lane which is located in Bunnlevel, an unincorporated community in Harnett County; the house is about two miles from US 401.

Smith is due in federal court Wednesday morning for the firearm possession charge.