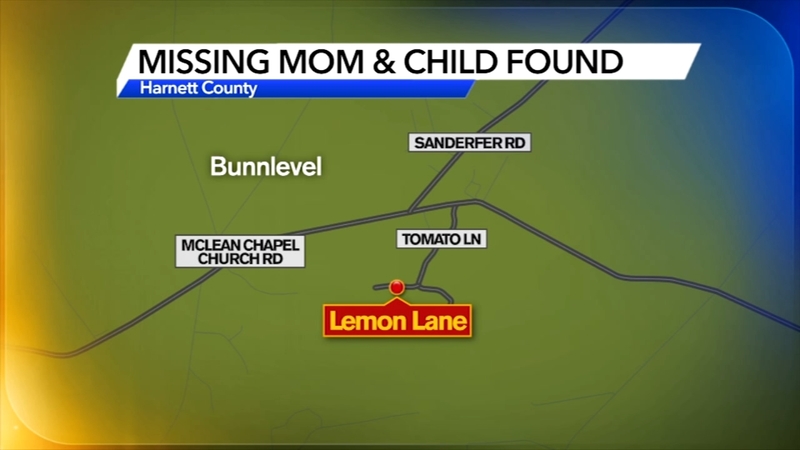 FAYETTEVILLE, N.C. (WTVD) -- The cold case disappearance of a mother and her young daughter who vanished from Fayetteville five years ago has been solved.

U.S. Marshals said Tuesday that they found Amber Renaye Weber and her daughter, Miracle Smith at a home on Lemon Lane in Bunnlevel.

Weber, who was 21 at the time, and her daughter, who was 1, had been missing since Dec. 4, 2016, when they were last seen along the 1200 block of Martindale Drive in Fayetteville.

They were not reported missing until Jan. 31, 2017, and leads in the case proved fruitless for several years.

Sonia Roldan with @FayettevillePD took over the investigation one year ago & collaborated her efforts with the US Marshalls.

On Jan. 25, The U.S. Marshals, along with ATF agents and the Harnett County Sheriff's Office went to the Lemon Lane home and found Miracle. They took the child and her sibling to the Harnett County Department of Social Services to provide victim assistance.

During that operation, agents also took 59-year-old Joe Smith into custody. He had been charged on Jan. 19 with possession of a firearm by a convicted felon.

At the home, four firearms were seized.

U.S. Marshals became involved in the case in February 2021 after the Fayetteville Police Department asked the federal agency to assist in locating the two, who were said to be victims of previous physical abuse.

"The culmination of years of following leads and tips resulted in the outcome that we had all hoped for today; the successful recovery of a child who had been missing since December 2016," said Michael East, U.S. Marshal for the Eastern District of North Carolina. "The U.S. Marshals Service and our investigative partners will not quit, nor be deterred until these children are rescued."

ATF Special Agent in Charge Vince Pallozzi said the search not only helped get guns out of the hands of a convicted felon but also "brought some closure and relief to family and friends of the missing person."

The cold case gained new traction about a year ago when the Fayetteville Police Department's Investigative Assistant, Sonia Roldan, who works in missing-person cases, took over the investigation and collaborated her efforts with U.S. Marshals.

New leads led the authorities to develop information that Weber and Miracle were in Bunnlevel and had an association with Smith. The nature of their relationship has not been disclosed.