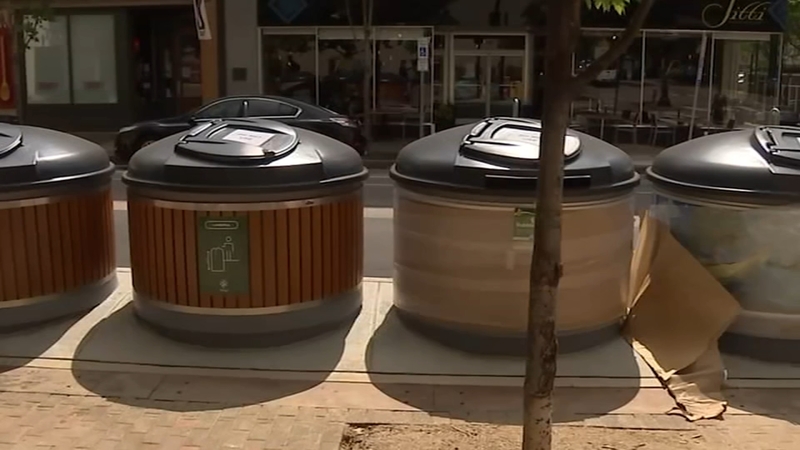 RALEIGH, N.C. (WTVD) -- The City of Raleigh announced plans to pause to an underground garbage collection program downtown after feedback from nearby property owners.

The Molok containers, which are three feet above ground and five feet under, hold the equivalent of 20 trash cans, and are billed as environmentally-alternative options which cut down the amount of time that trucks and crews need to spend on the streets.

"It did demonstrate that there is a cost savings to the city in the way of efficiencies," said Stan Joseph, the director of Solid Waste Services for the city.

Raleigh is the first city in the country to implement these containers.

However, the concerns from nearby business owners were enough for the city to re-evaluate its placement.

"Right there at the door of your business, you've got folks routinely loading and unloading trash into the system. The thought was it probably doesn't express the best first impression," explained Michael Moore, the city's director of Transportation.

Off-camera, a restaurant employee who handles trash said he liked the Molok containers, but understood the downside for diners eating outside. He suggested moving them further down Hargett Street, out of sight for many restaurants in the area.

"This is one location that we've tried. There are several locations that are potentially areas that we can locate this, and we won't know until we dig into it a little more thoroughly," Joseph said.

The system cost $30,000, and much of the construction was performed with in-house staff. Officials said they believe they will be able to retain most of the containers. Costs for removing and repaving the area were not immediately available.

The Molok containers will stop operating around August 25, with the city removing them from this location within 30 days after that.