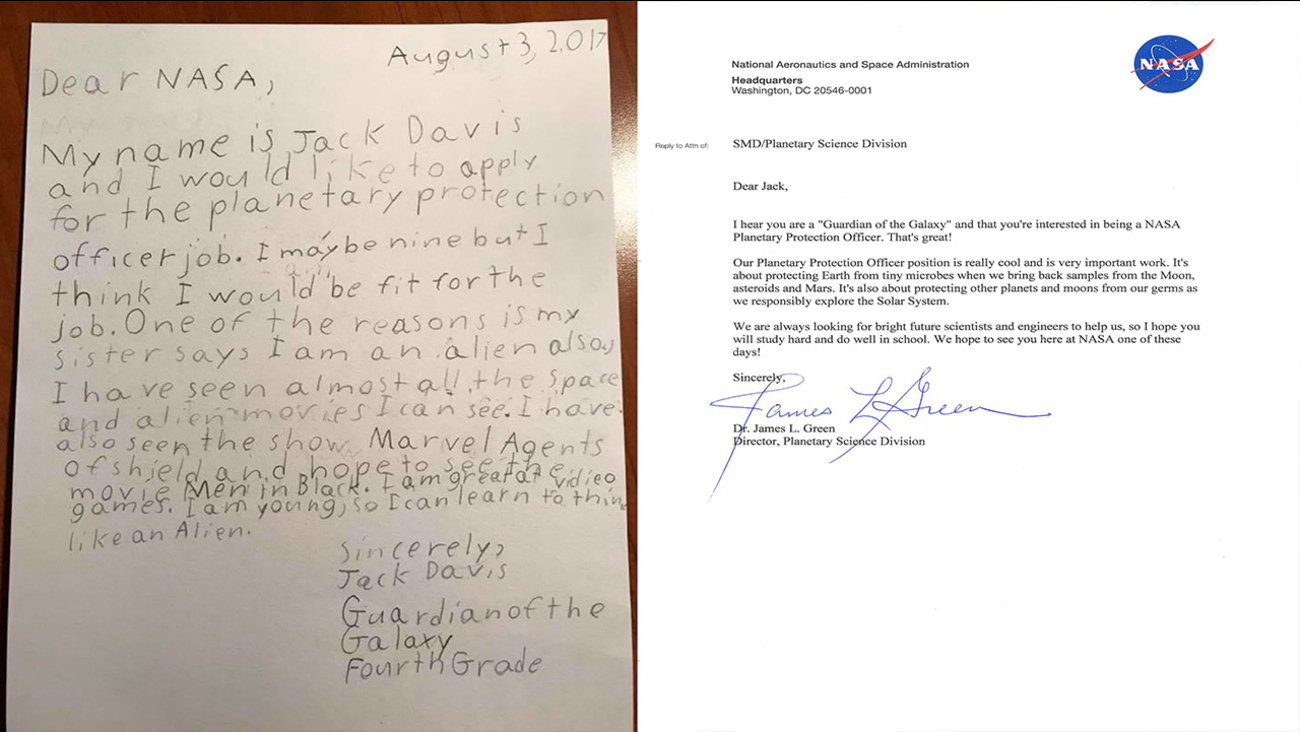 NEW JERSEY (WTVD) -- A fourth-grader from New Jersey has won the hearts of many after he applied for a job at NASA.