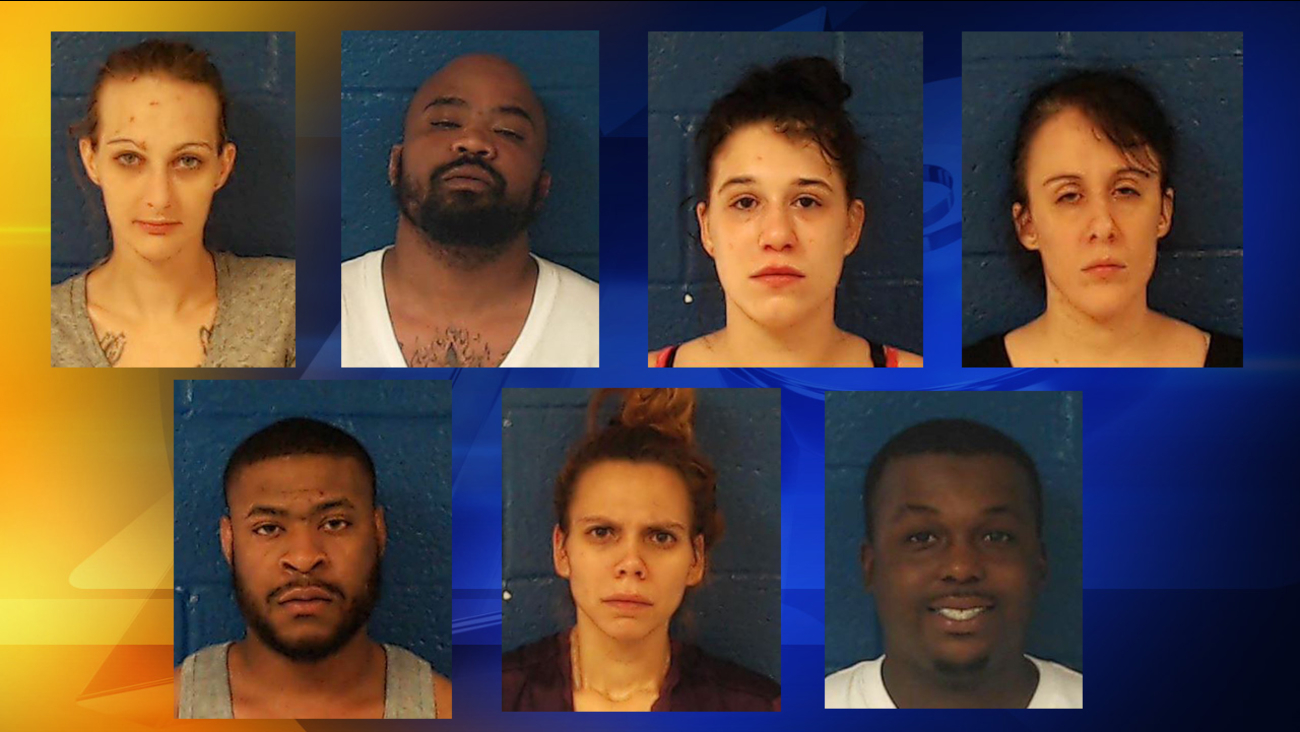 It began when deputies were called to check on suspicious activity at the Super Star Motel at 3226 S. Wesleyan Blvd.

Seven people were arrested and taken to the Nash County Sheriff's Office:

All were charged with one count of trafficking opium or heroin, one count of felony maintain a dwelling for controlled substance, and one misdemeanor count of possession marijuana up to an ounce.