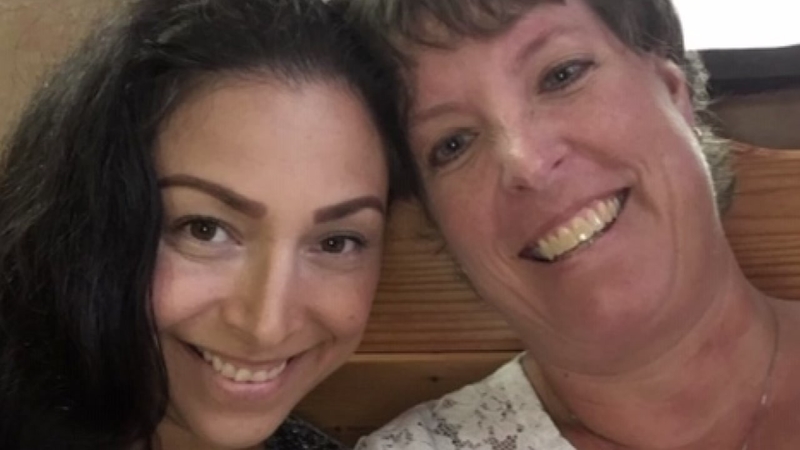 NASHVILLE, N.C. (WTVD) -- The Nash County Sheriff's Office is awaiting autopsy results on the body found in Edgecombe County, believed to be that of missing woman Diana Alejandra Keel.

Her husband, Lynn Keel, was questioned overnight but has since been released.

Investigators were back at their home on Old County Home Road in Nashville Wednesday afternoon.

Still plenty of police activity at the home of Diana Alejandra Keel and her husband, Lynn. #ABC11 pic.twitter.com/yBi4OlJvJH

The 38-year-old mother was first reported missing by her daughter on March 7.

Chief Deputy Brandon Medina, of Nash Co. Sheriff’s Office, says they’ll be attending an autopsy at a medical center in Greenville. “We’ll get a blood sample. We’ll get some fingerprints. Those items will aid us in identifying the female that was located in Edgecombe Co.” #ABC11 pic.twitter.com/kZp92koQTz

Deputies said an NCDOT worker found a body around noon Tuesday in the woods in Edgecombe County two to three miles outside of Leggett on Polk's Hole Road.

Nash County Sheriff Keith Stone said in a news conference that the body was decomposed and he suspected foul play was involved.

Nash County deputies went to their home on Saturday night after her husband, Lynn told them he'd last seen her Friday.

#BREAKING—Nash County Sheriff’s Office tells me they found a body they believe belongs to Diana Keel but it has not been confirmed. They will be talking to her husband but he is not under arrest. #ABC11

Stone said there had been a domestic issue between Diana and her husband about a year ago.

"There had been concerns between the husband at one time and Mrs. Keel but there has been nothing lately that has been reported on that," he said.

Diana's employer told investigators she had not reported to work in several days.

Her car is still parked at the home.

Stone said Diana's husband told them she left with some acquaintances and hasn't returned.

.@NashCountySO says Alejandra Keel was last seen by her husband on Friday. Deputies remain outside her home on Old County Home Rd after checking when her employer said she didn’t come in for work for a few days. @ABC11_WTVD #ABC11 pic.twitter.com/QwQOTjPnRb

"There's been no use of her cell phone. We've reached out, tried to call her several times and can't get anything," Stone said.

Diana's mother, Esperanza Prada, spoke to ABC11 on Tuesday via telephone from her home in Colombia.

"I am afraid for my daughter," Prada said. "I want my daughter to appear."

Investigators said Diana's husband told them she's left before, and he still expected her to be back.

"Years ago, my daughter wanted to separate from (her husband) but she couldn't because he threatened her," Prada said.

Diana's mother told ABC11 that Diana had planned to divorce her husband and had already met with an attorney about it.

In January of 2006, Lynn's previous wife, Elizabeth Bess Edwards Keel, died at the same home. At the time, the medical examiner declared the death accidental, based on the blunt trauma to the head. The sheriff's office said it was reported that Elizabeth fell and struck her forehead on the corner of the front concrete steps.

Crime scene tape surrounds the home of a missing Nash County woman. More on the search for her, on @ABC11_WTVD pic.twitter.com/QO8nS1mpXr